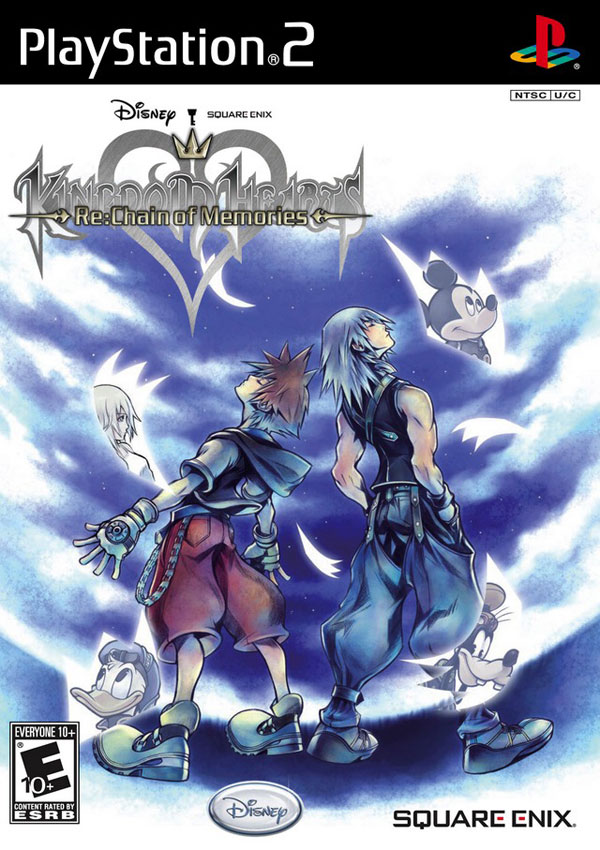 Chain of Memories is the essential piece that bridges the gap between KINGDOM HEARTS and KINGDOM HEARTS II. A full 3D remake of the original Game Boy Advance release (2004), it was released in Japan in 2007 as part of the KINGDOM HEARTS II Final Mix+ compilation before finally making its way to North America.

Combined with the card battle system of the original GBA release, KINGDOM HEARTS Re:Chain of Memories presents KINGDOM HEARTS fans with an entirely new playing experience. Sora, Donald, and Goofy travel down a long road that meanders through endless fields, and come to a crossroads.

As Sora stands in the crossroads, he gazes up at the night sky and thinks of his lost friends. Just then, a mysterious man approaches from down one of the branching paths. "Ahead lies something you need," he says, "but to claim it, you must lose something dear." The man vanishes before a single path, leading to a castle that eerily resembles a girl's drawing...In the coming journey, what will Sora and his companions gain, and what will they lose?