LEGO Pirates of the Caribbean 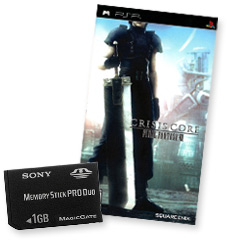 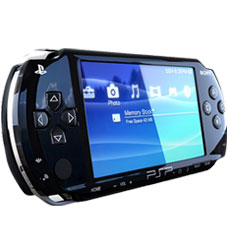 Legacy of the PSP

The PlayStation Portable (PSP) is a handheld game console developed by Sony. Development of the handheld was announced during E3 2003, and it was unveiled on May 11, 2004, at a Sony press conference before E3 2004. The system was released in Japan on December 12, 2004, in North America on March 24, 2005, and in the PAL region on September 1, 2005. It primarily competed with the Nintendo DS, as part of the seventh generation of video games.

The PlayStation Portable became the most powerful portable system when launched, just after the Nintendo DS in 2004. It was the first real competitor to Nintendo's handheld domination, where many challengers, such as SNK's Neo Geo Pocket and Nokia's N-Gage, failed. Its GPU encompassed high-end graphics on a handheld, while its 4.3 inch viewing screen and multi-media capabilities, such as its video player and TV tuner, made the PlayStation Portable a major mobile entertainment device at the time. It also features connectivity with the PlayStation 3, other PSPs and the Internet. It is the only handheld console to use an optical disc format, Universal Media Disc (UMD), as its primary storage medium.

The original PSP model (PSP-1000) was replaced by a slimmer model with design changes (PSP-2000/"Slim & Lite") in 2007. Another remodeling followed in 2008, PSP-3000, which included a new screen and an inbuilt microphone. A complete redesign, PSP Go, came in 2009, followed by a budget model, PSP-E1000, in 2011. The PSP line was succeeded by the PlayStation Vita, released in December 2011 in Japan, and in February 2012 worldwide. The PlayStation Vita features backward compatibility with many PlayStation Portable games digitally released on the PlayStation Network, via PlayStation Store. Shipments of the PlayStation Portable ended throughout 2014 worldwide, having sold 80 million units in its 10-year lifetime.