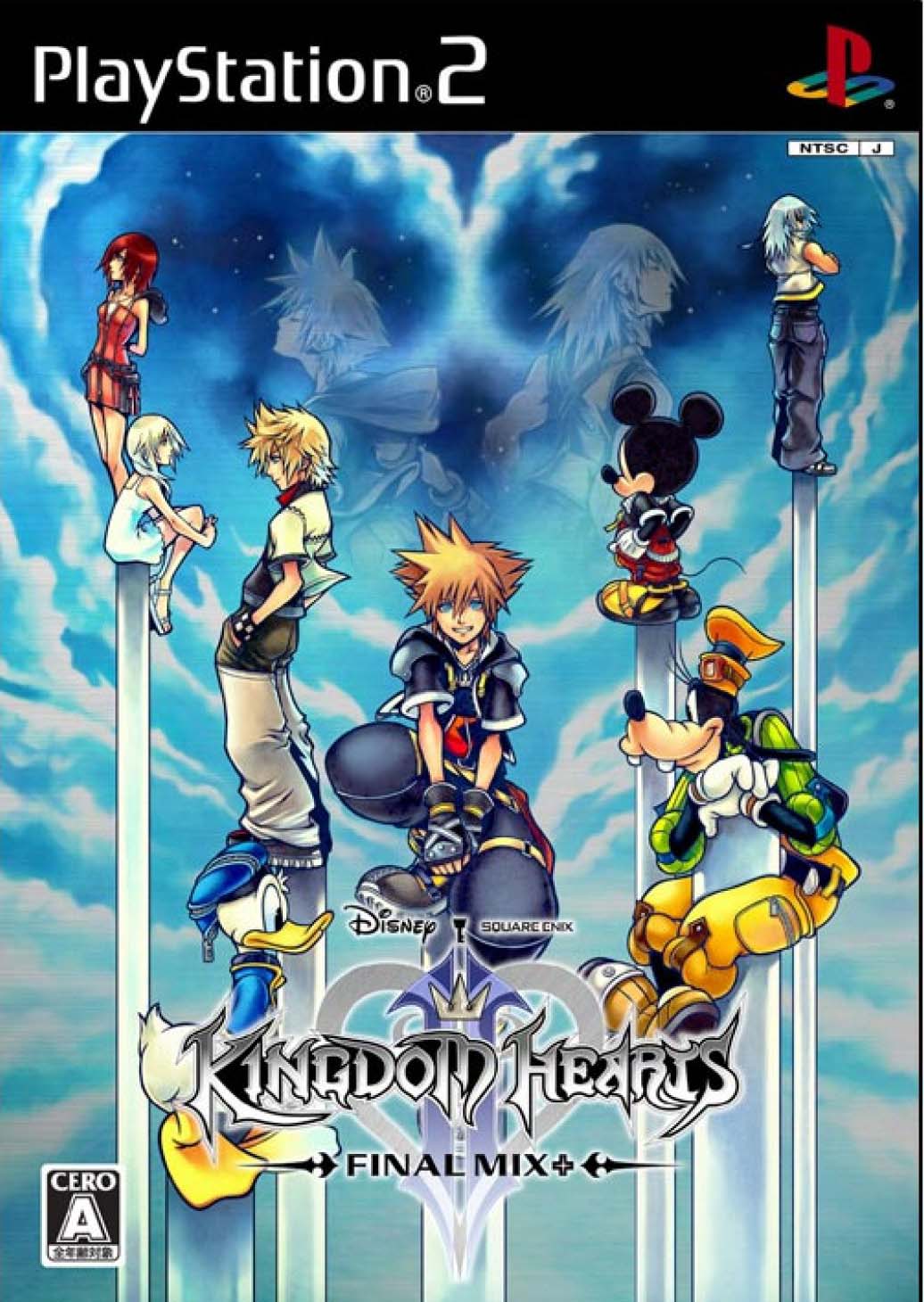 Kingdom Hearts II Final Mix improvements include an English voice cast, tweaks in all difficulty modes and a new "Serious Mode" difficulty, new areas and redesigned navigation maps, new scenes from the Japanese Manga, new boss battles against the mysterious Organization XIII, one of the fights that was a cut-scene in the original is now playable, and all censored parts of the game are no longer censored.

What does "Complete" mean?
The buy and sell value of Kingdom Hearts II Final Mix + (PlayStation 2) is based on how "complete" it is. When in the "complete" condition this used PlayStation 2 game includes: