The Nintendo Wii took the world by storm back in 2006 with it's innovative motion controls. Find great deals on pre-owned Wii games, controllers, consoles and repair parts! Don't forget to check out our best trade-in prices on Wii games.

Get 'em while they're hot! eStarland always has the hottest Wii games!

Wii games are a hot commodity! eStarland carries the largest selection of popular pre-owned Wii games, accessories at everyday low prices. We are proud to offer you the highest quality in pre-owned Nintendo Wii games and your satisfaction is always guaranteed!

eStarland restocks pre-owned Wii games, controllers, and Wii consoles everyday. Check often to score big on over 1,000 Wii titles in stock or use "Notify Me" feature to get notified instantly.

LEGO Lord of the Rings 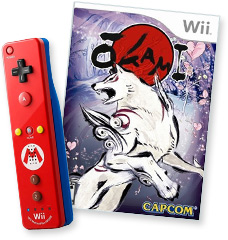 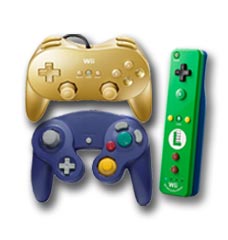 Legacy of the Wii

The Wii (/ˈwiː/ wee) is a home video game console released by Nintendo on November 19, 2006. As a seventh-generation console, the Wii competed with Microsoft's Xbox 360 and Sony's PlayStation 3. Nintendo states that its console targets a broader demographic than that of the two others. As of the first quarter of 2012, the Wii leads its generation over PlayStation 3 and Xbox 360 in worldwide sales, with more than 101 million units sold; in December 2009, the console broke the sales record for a single month in the United States.

The Wii introduced the Wii Remote controller, which can be used as a handheld pointing device and which detects movement in three dimensions. Another notable feature of the console is the now defunct WiiConnect24, which enabled it to receive messages and updates over the Internet while in standby mode. Like other seventh-generation consoles, it features a game download service, called "Virtual Console", which features emulated games from past systems.

It succeeded the GameCube, and early models are fully backward-compatible with all GameCube games and most accessories. Nintendo first spoke of the console at the E3 2004 press conference and later unveiled it at E3 2005. Nintendo CEO Satoru Iwata revealed a prototype of the controller at the September 2005 Tokyo Game Show. At E3 2006, the console won the first of several awards. By December 8, 2006, it had completed its launch in the four key markets.

In late 2011, Nintendo released a reconfigured model, the "Wii Family Edition", which lacks Nintendo GameCube compatibility; this model was not released in Japan. The Wii Mini, Nintendo's first major console redesign since the compact SNES, succeeded the standard Wii model and was released first in Canada on December 7, 2012. The Wii Mini can only play Wii optical discs, as it omits GameCube compatibility and all networking capabilities; this model was not released in Japan, Australia, or New Zealand. The Wii's successor, the Wii U, was released on November 18, 2012. On October 20, 2013, Nintendo confirmed it had discontinued production of the Wii in Japan and Europe, although the Wii Mini is still in production and available in Europe.