One of the best video game selections in gaming history!

The Playstation 2 boasts the largest library of video games compared to any other console. With this feat, it's almost impossible to know where to start. Roll into an unforgettable puzzle game with Katamari Damacy. Play as the son of the King Of All Cosmos by rolling everything--literally--on Earth into clumps to replace missing pieces of space. If you're vibing with colossal adventures, jump into Shadow of the Colossus and help Wander awaken his loved one. Obtain the power of revival by defeating the Colossi that are bound to The Forbidden Lands with unique gameplay and an unforgettable story. Is something wrong with your Playstation 2, but you don't know how to fix it? Use our Playstation 2 Diagnostic Service to schedule an appointment!

eStarland always has newly stocked used PS2 games for sale! Fight your way through the streets of Japan and help Kazuma stay alive as he uncovers the complexities of the notorious Yakuza. Featuring a gripping story and a noteworthy combat system, freely roam the streets of Tokyo in a stunningly authentic feeling metropolis. If you're craving power, take on the role of Kratos in the game that kicked off a legendary franchise, God of War. Help Kratos fight for his life and claim his right as an almighty warrior in a game featuring incredible cinematics, hardcore combat, and awesome puzzles. 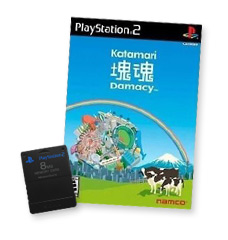 Legacy of the PlayStation 2

The Playstation 2 was released by Sony Computer Entertainment throughout the year 2000 as a successor to the largely successful Playstation. It sold over 155 million units, making it one of the best-selling video game consoles of all time, and it's easy to see why.

The Playstation 2 has nearly 4,000 game titles worldwide, making it the largest game library of any console to date. It also sports the ability to play games released for the original Playstation, allowing for even more action and adventures to enjoy. So pick up your trusty DualShock controller and get gaming!