Legend of Zelda: A Link Between Worlds 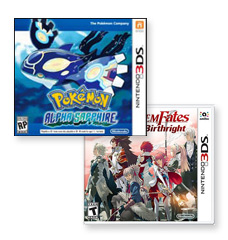 Save a Bunch!
Preowned! 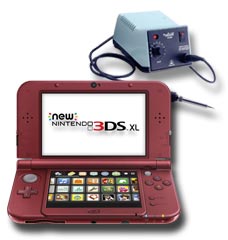 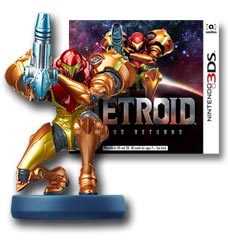 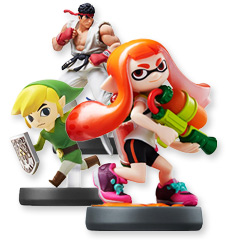 Discover the
Power Inside!

Legacy of the Nintendo 3DS

The Nintendo 3DS is a portable game console produced by Nintendo. It is capable of displaying stereoscopic 3D effects without the use of 3D glasses or additional accessories. Nintendo announced the device in March 2010 and officially unveiled it at E3 2010 on June 15, 2010. The console succeeds the Nintendo DS, featuring backward compatibility with older Nintendo DS and Nintendo DSi video games. Its primary competitor is the PlayStation Vita from Sony.

The Nintendo 3DS was first released in Japan on February 26, 2011, and worldwide beginning in March 2011. Less than six months later on July 28, 2011, Nintendo announced a significant price reduction from US$249 to US$169 amid disappointing launch sales. The company offered ten free Nintendo Entertainment System games and ten free Game Boy Advance games from the Nintendo eShop to consumers who bought the system at the original launch price. This strategy was considered a major success, and the console has gone on to become one of Nintendo's most successfully sold handheld consoles in the first two years of its release. As of September 30, 2016, the Nintendo 3DS family of systems combined have sold 61.57 million units.

Several redesigns have been made since; the Nintendo 3DS XL, a larger model, first released in Japan and Europe in July 2012, featuring a 90% larger screen. An "entry-level" version of the console, the Nintendo 2DS, with a fixed "slate" form factor and lacking autostereoscopic (3D) functionality, was released in Western markets in October 2013. The New Nintendo 3DS (and XL) features a more powerful CPU, a second analog stick called the C-Stick, additional buttons, an improved camera, and other changes, and was first released in Japan in October 2014.