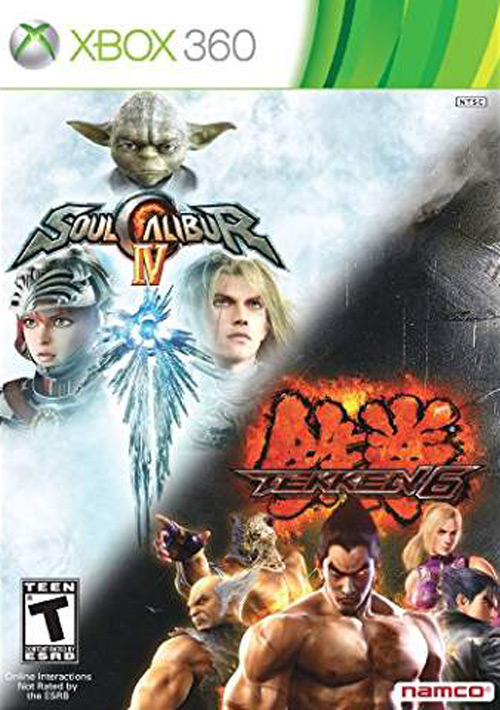 Tekken 6: A must-have for Tekken aficionados, TEKKEN 6 sees the return of many familiar faces as well as new characters to create the largest line-up the series has ever seen. With a growing roster of fighters, each equipped with their own deadly techniques, martial art moves, and attack combinations, TEKKEN 6 will be the best "King of Iron Fist Tournament" yet. Adding to the already rich gaming experience, a deeper character customization feature will only enhance the incredible fighting intensity as players go mano-y-mano.

Soul Calibur IV:The world's premier weapon based fighting game franchise returns to deliver a true next generation fighting experience. Set to finally reveal the origins of the Soulcalibur saga, Soulcalibur IV features both new and familiar faces from across the galaxy, seeking the rival swords for vengeance, honor and salvation. In a monumental alliance, legendary Star Wars icons, Darth Vader and Yoda invade the Soulcalibur IV continues the series' tradition of reinventing, enhancing and breaking new boundaries. Now the world's favorite fighting game redefines the entire genre for the next generation of both new, and fiercely loyal Soulcalibur fans.