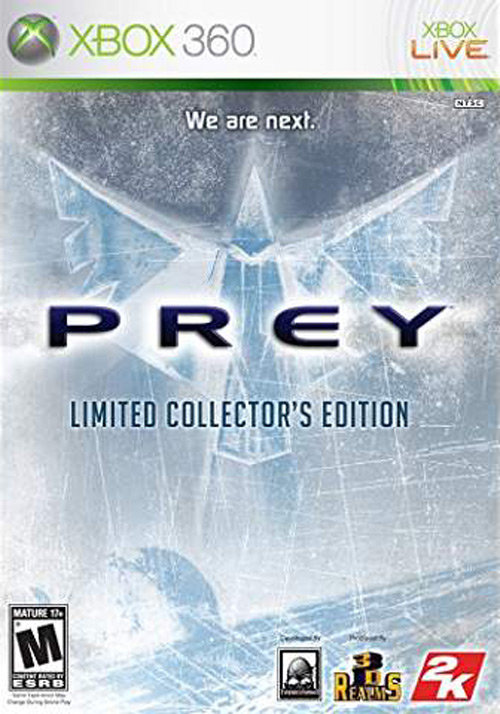 Prey is a first-person shooter in which players take on the role of a character who must fight against multiple alien races.

Prey tells the story of Tommy, a Cherokee garage mechanic stuck on a reservation going nowhere. His life changes when an otherworldly crisis forces him to awaken spiritual powers from his long-forgotten birthright. Abducted along with his people to a menacing mothership orbiting Earth, he sets out to save himself and his girlfriend and eventually his planet.

Prey is serious, dark story, based on authentic Cherokee mythology. Themes of sacrifice, love and responsibility are explored and the story dives into emotional territory not yet explored by similar games.

In Prey, gamers enter an unpredictable world where nothing can be taken for granted. Most of the game takes place within a living ship, a giant entity that can sense and react to Tommy's presence.

Prey makes use of Joseph's Campbell's renowned story structure, "The Hero's Journey," for guiding the main character arc. Campbell's extensive work on mythological story progression was made famous when George Lucas used it for Luke Skywalker's story arc in the original Star Wars.

2. Lord of the Rings: The Return of the King (PlayStation 2)