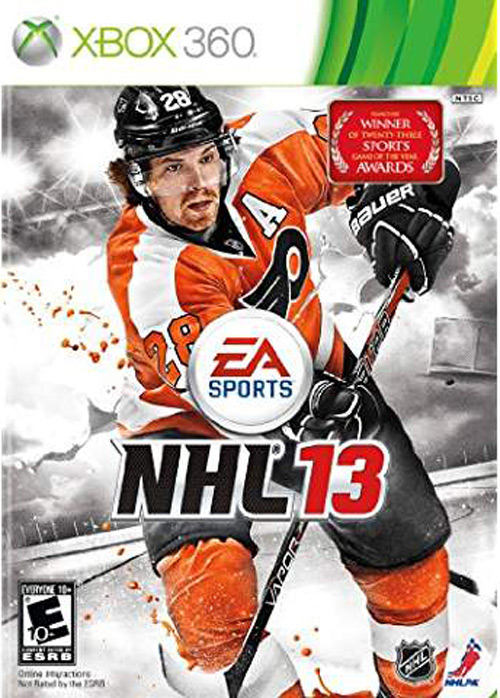 NHL 13 is EA SPORTS' 2012 release in their long-running National Hockey League Sports video game franchise. Packed with new and improved functionality, the game is designed to both delight longtime fans and convert new ones as they take to the ice in one of the fastest games on earth, and battle for the right to hoist the coveted Stanley Cup aloft. Game features include, a more authentic replication of the explosiveness, momentum, and speed of NHL play, new online game modes, improved AI, multiplayer action, improved goalie abilities, online leagues, and more.

NHL 13 features revolutionary True Performance Skating functionality. The biggest innovation for the franchise in six years, True Performance Skating accurately captures the speed, creativity, and strategy of today's NHL play. Players also sync up with friends with the real-world of hockey in "GM Connected," the first-ever online multiplayer dynasty mode with cooperative and online team play, or relive the greatest moments from today's NHL in NHL Moments Live. With core gameplay innovation, connected experiences, and the deepest feature set ever, NHL 13 is the definitive hockey experience.