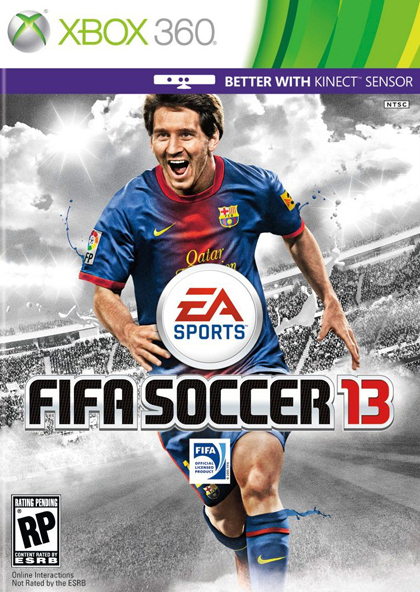 FIFA 13 is the 2012 release in Electronic Arts' long-running professional soccer game franchise. Based on the current real-life players, teams and leagues associated with the FIFA organization (Federation International de Football), the game aims to present the most realistic international soccer experience available in a video game to-date. Features include, gameplay mechanics improvements on both offense and defense, an extensive roster of players, teams and leagues, multiplayer play options both locally and online, social network functionality through the EA Sports Football Club, and optional voice command functionality using the Kinect Sensor for Xbox 360 (only available in the Xbox 360 version of the game).

FIFA 13 captures all the drama and unpredictability of real-world soccer, and is driven by five game-changing innovations which revolutionize artificial intelligence, dribbling, ball control and physical play. It is the largest and deepest feature set in the history of the franchise. These innovations create a true battle for possession across the entire pitch, deliver freedom and creativity in attack, and capture all the drama and unpredictability of the real-world game.