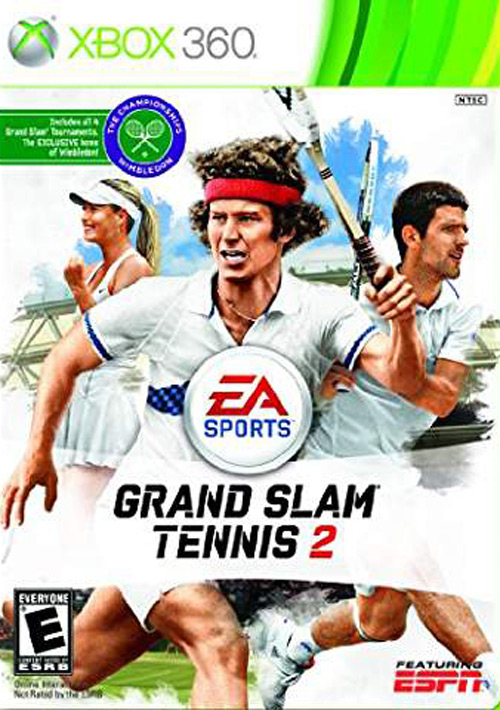 Feel the true excitement and emotion of championship tennis with Grand Slam Tennis 2. For the first time in HD and on the next generation platforms, experience the thrill of winning at the Championships at Wimbledon as well as capturing the other three Grand Slam tournaments, the Australian Open in Melbourne, the French Open at Roland Garros in Paris and the US Open at the Billy Jean King Tennis Center at Flushing Meadows, New York. Rise to stardom with the revolutionary Total Racquet Control as you challenge a deep roster of elite players, including Novak Djokovic, Rafael Nadal, Roger Federer, Maria Sharapova, Bjorn Borg, and John McEnroe. With authentic gameplay, ESPN broadcast integration, a deep 10-year career mode and so much more, get ready to swing the racquet like a Grand Slam champion with Grand Slam Tennis 2.