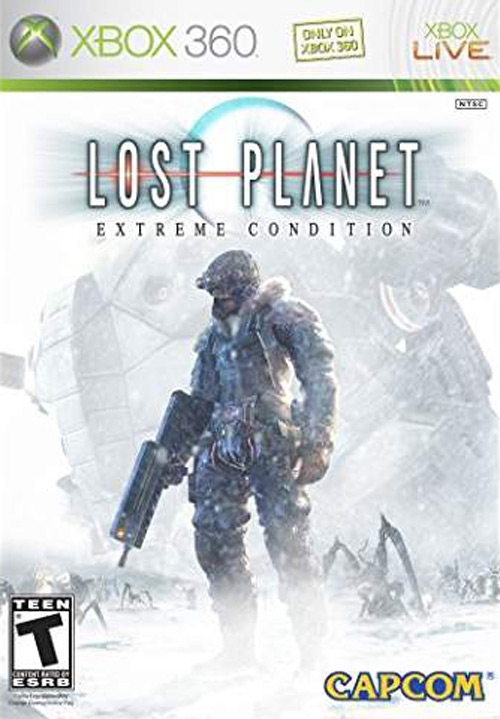 In Lost Planet, human snow pirates navigate VS (Vital Suits) through hostile ice-covered environments, fighting against the indigenous Akrid creatures for the precious thermal energy they need to survive. For one such pilot named Wayne, death almost seemed imminent until he was fortunately rescued. However, he can only remember a few fragments of his past including the slaying of his father by the monstrous beings. Yet under the veil of ice, a devious plan has been set into motion for the termination of all Akrid and snow pirates alike. What really happened to Wayne? Who is plotting the destructive scheme? Encounter valuable allies and dangerous enemies on Wayne's search for the truth.