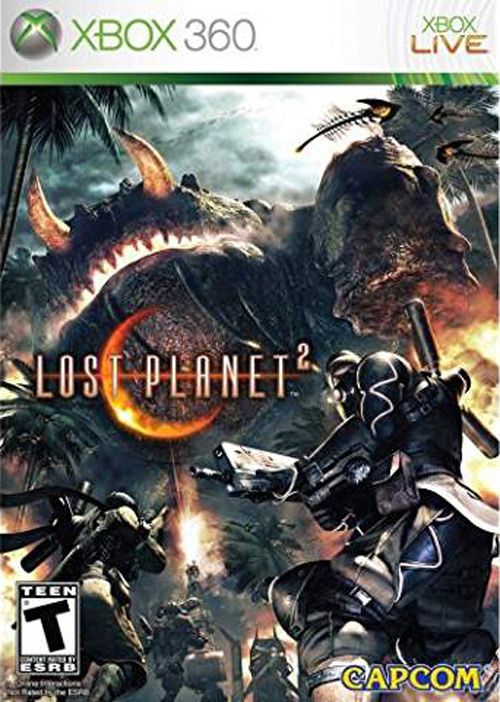 The next installment in the popular action series returns in Lost Planet 2. A decade has passed since the first game, and the face of E.D.N. III has changed dramatically. Terraforming efforts have been successful and the ice has begun to melt, giving way to lush tropical jungles and harsh unforgiving deserts. Players will enter this new environment and follow the exploits of their own customized snow pirate on their quest to seize control of the changing planet.

Players will control their heroes across 6 interconnected episodes, creating a truly unique interactive experience that changes depending upon the actions of the players involved. With this concept, players will have the opportunity to engage in the story in a much more dynamic way as plot threads evolve from different players’ perspectives.

Beyond the deep single player mode, Lost Planet 2 is loaded with extensive multiplayer modes. The intense and action packed campaign mode comes with the ability to form teams of up to 4 players online to clear mission objectives with friends.

The grappling hooks that made the gameplay in Lost Planet a true 3-D experience are back, allowing gamers to gain tactical advantage by quickly scaling buildings. No action game would be complete without an arsenal of weaponry, and Lost Planet 2 has a huge variety of hardware for players to unleash on unsuspecting enemies. Machine guns, shotguns, rocket launchers, lasers, sniper rifles, grenades and a host of other weapons are scattered across the game. However, Lost Planet 2’s biggest weapons come on two legs: the heavily armed and armored robotic Vital Suits return in greater numbers and variety than the first game. There are VS that transform into other vehicles, hold up to three players and some that even take multiple players to operate.