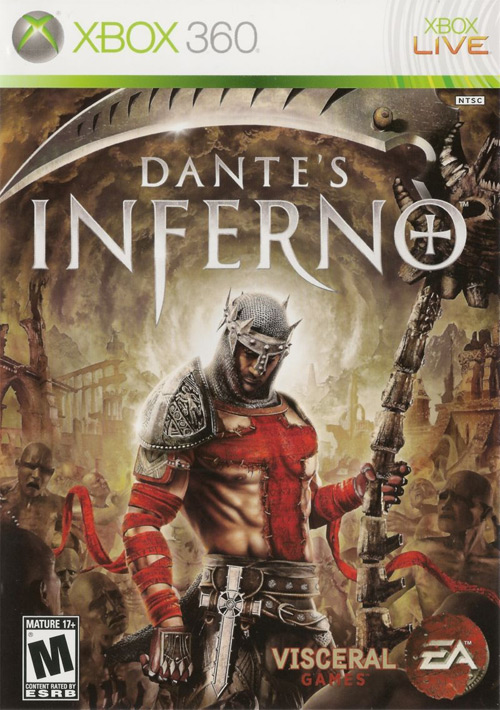 An abducted soul. A lifetime of sins. A journey to the depths of despair. Based on the immensely influential classic poem, Dante’s Inferno takes you on an epic quest of vengeance and redemption through the Nine Circles of Hell. You are Dante, a veteran of the Crusades who must chase his beloved Beatrice and try to free her soul from Lucifer’s grasp. As your pursuit takes you deeper into the pits of Hell, you must battle ever more fierce and hideous monsters while also facing your own sins, a dark family past, and your unforgivable war crimes.

Dante's Inferno is a third-person action adventure adaptation of the medieval epic poem The Divine Comedy by Dante Alighieri. The dark fiction gave birth to the Tuscan Italian dialect and is widely considered to have defined the western world’s contemporary conception of hell and purgatory. The poem tells the tale of Dante who journeys through the twisted, menacing nine circles of hell in pursuit of his beloved Beatrice.

Written in the 14th Century, The Divine Comedy was published and read aloud in Italian (unlike the Bible), thereby making the poem accessible to the mass public. The poem delivers a striking and allegorical vision of the Christian afterlife and the punishments of hell. In part one, known as Dante’s Inferno, Dante traverses all nine circles of hell; limbo, lust, gluttony, greed, wrath, heresy, violence, fraud and treachery.

Now, the studio behind Dead Space fuses great gameplay with great story in one of the most unique titles of the year.