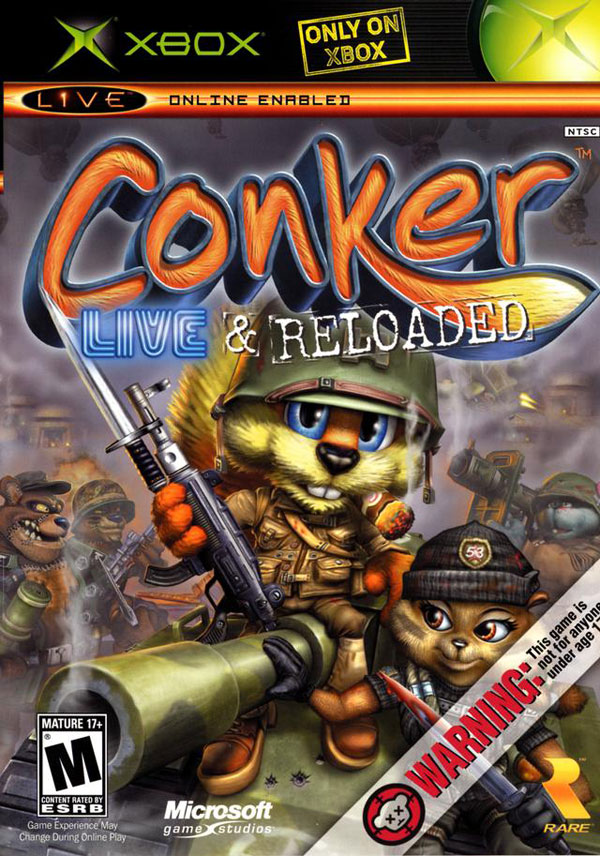 "This game, Conker: LIVE & Reloaded, looks cool, sounds cool, and best of all it plays like Halo's satirical brother."--GameZone.com

Gaming’s notoriously naughty squirrel—Conker—arrives on the Xbox with a bang in an all-new Xbox Live-enabled team-based shooter, Conker: Live and Reloaded.

The game features intense Deathmatch and Campaign story line modes via Xbox Live and System Link, and players can compete as one of six combat specialists across multi-mission campaigns covering Old War and Future War. The warfare promises to deliver the non-stop action, humor, and innuendos Conker is famous for.