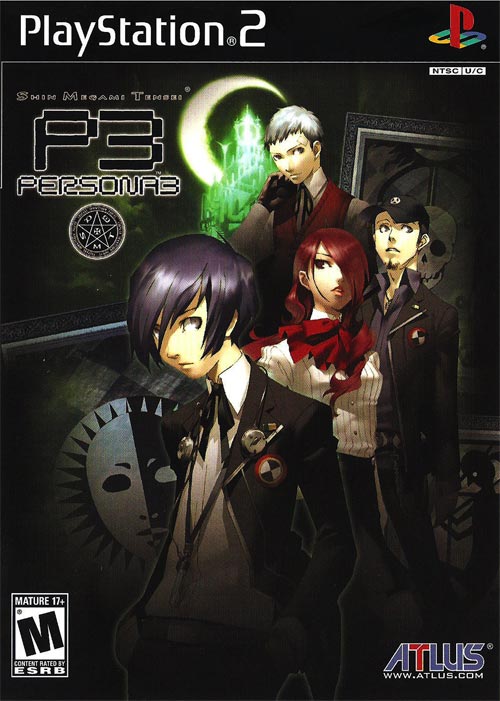 Having lost your parents as a child, you lived in the suburbs with your relatives, until they decided to send you to a high school located on an island near the port city Iwatodai. But as you attempt to enter your new dormitory, you are attacked by a mysterious creature. As a result, you discover within yourself the gift to call upon a higher being, Persona, that grants you immense power. Your new ability makes you decide to investigate the strange world of shadows that has been plaguing the city every midnight, and to find out who or what is behind it.

This sequel in the Persona series, which is part of the huge Megaten franchise, is not directly connected to its predecessors story-wise. The gameplay has also underwent significant changes, throwing an element of "school simulation" into the already unusual Megaten RPG formula. You get to live the life of a normal high-school student: you attend classes, talk to your friends, get homework, wait for the summer vacation, and so on. The game is divided into school days with their own schedule.

However, at midnight the real world freezes, and only you and your friends with the unique Persona abilities can feel the time flowing as they battle the shadows. The battles follow the classic Megaten model of demon-summoning. You can either attack with your weapons, or call a mighty Persona from within yourself. After the battle is won, you receive Persona cards, which can be fused to get more powerful Personae. Inspired by the system used in Shin Megami Tensei: Nocturne, you are able to hit enemies' weakpoints with your magic spells. Taking advantage of these weakpoints means that you can perform devastating combo attacks while the enemy is weakened.

NOTE: This item only includes the game disc, box, and manual, unless otherwise stated. It does not include the artbook or soundtrack CD.