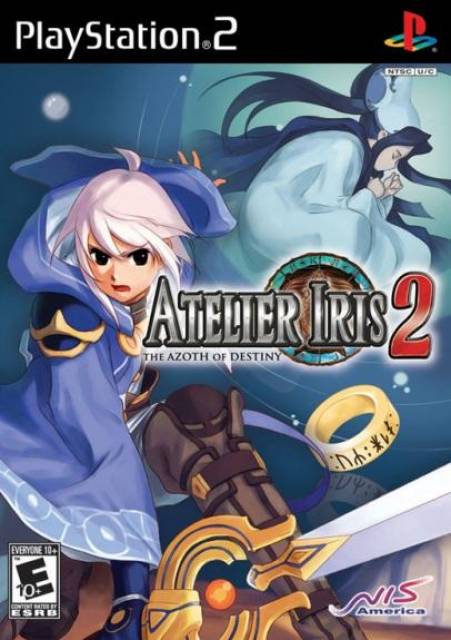 No one questions since when, or why things are. The world has an end. It was common sense for those living in “Eden,” the isolated world for above. There were spirits they called Mana, their powers came from elements. Alchemy was a technique in which people were able to create something out of nothing. People used this technique with the help of Manas’ powers to live a peaceful and plentiful life.

The one and only city Eden was Noir. There, a young boy and girl began studying alchemy. The boy’s name was Felt; the girl, Viese. As orphans, they are up together from a very young age.

On this day, one step ahead of Viese, Felt had been acknowledge as an official alchemist, The two friends traveled to a place called “Dour’s Tree” to bind their contract with the Mana of Wood. On their way, there was a sudden earthquake. Just ahead, they encounter an unbelievable sight. Their destination, Dour’s Tree, and the area around it had fallen apart and disappeared.

The Two decide to report this incident back to the Eden Temple. But on their way back, Felt hears a strange voice in the forest. One who answers my call, This is an eternal vow; do you have the courage and determination to protect the Mana? Attracted to the strangeness of the glowing sword, he takes it in his hand. Known as the Azure Azoth, this was the holy sword made with the intelligence of ancient alchemy.

The two finally get to the Eden Temple. But when they got there, all that lay before them was confusion they had never seen before. Caused by the earthquake that had happened earlier, almost half of Eden was lost.
Eden was in Crisis.
Asked for some kind of response, the Eden Temple sends Alchemist Felt on an investigation of the land. With Viese, he reaches the Gate of Belkhyde, a sealed gate made in ancient times.

The sealed gate has never been opened before. But those heavy doors will now open, and the two are lead into an inescapable destiny.