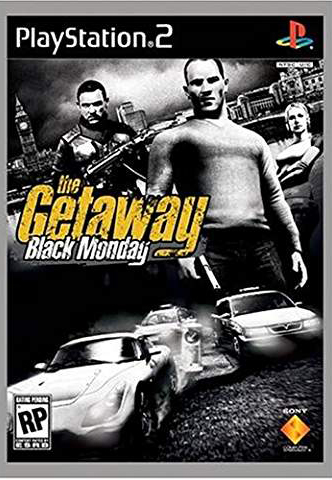 With its mix of gritty, adult storyline, car chases, shoot-outs and a photo-realistic Central London, it's not surprising the original Getaway sold over 3 million copies. Now it's back, bigger, brassier and bloodier than ever before with the blockbuster sequel The Getaway: Black Monday.

Explore over 40 square kilometres of stunningly real London streets, including Trafalgar Square, Oxford Street and the Thames Embankment, all closely recreated from photographs and video footage of the areas. As the dark tale of London gangland unfolds, you'll explore the four corners of England's capital on foot and in a variety of vehicles, including Police motorbikes, Smart cars and the iconic red double-decker buses.