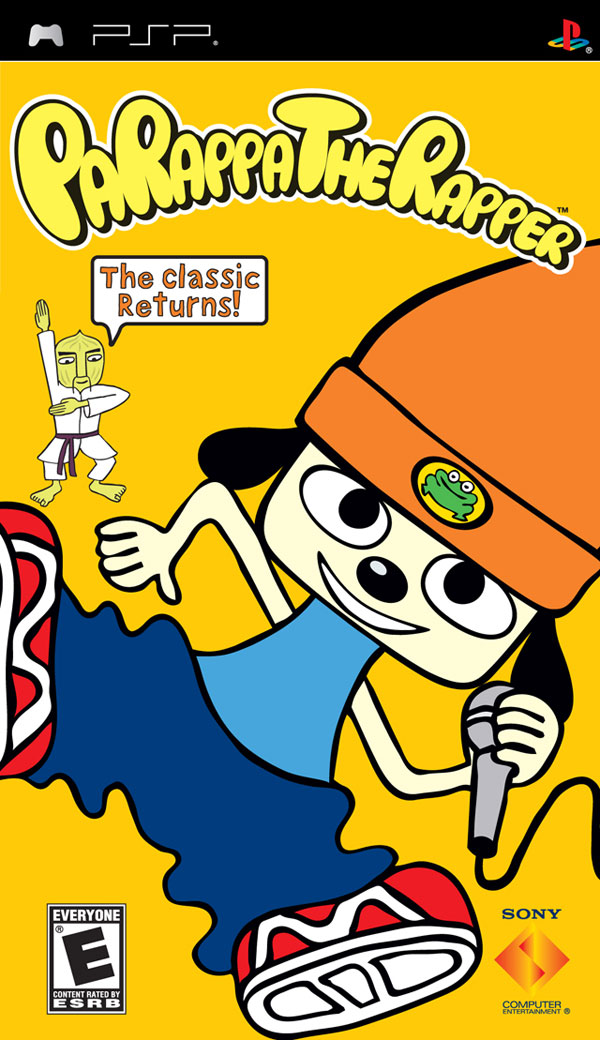 PaRappa The Rapper, the beloved rapping puppy and hip-hop icon that debuted on PlayStation in 1997 returns to the stage for a 10th anniversary encore exclusively on PSP (PlayStation Portable) handheld entertainment system. Developed by Sony Computer Entertainment in association with legendary multimedia musician, Masaya Matsuura, and famed New York artist, Rodney Greenblat, the Parappa The Rapper franchise is widely regarded as establishing the rhythm action videogame genre that has spawned a variety of music and timing based games, including two of its own classic titles, Um Jammer Lammy; and PaRappa the Rapper. Targeted to old and new fans alike, this PSP title features all the characters, levels and songs from the original. PaRappa The Rapper increases the franchise's social appeal by offering a host of new PSP exclusive features, including the ability to let up to 4 players to rap head-to-head in ad-hoc battles and share a demo level wirelessly with other PSP systems. Additionally, through PSP's Infrastructure Mode, players can download and rap along with 8 playable remixes.

Parappa The Rapper stays true to its iconic art style and flattened animation (PaRappa means "paper-thin" in Japanese), combining fun and vibrant characters with hip music and a humorous storyline. Masaya Matsuura's infectious music and lyrics accompany the iconic PaRappa as he attempts to rap his way into the heart of his dreamy love interest Sunny Funny, a daisy, through various musical missions and adventures. Using a rhythm, timing and coordination-based gameplay mechanic, players will bob their heads along with PaRappa and a cast of colorful characters in this timeless classic. Like the original, players must hit controller buttons to help PaRappa harmoniously mimic the Master's actions and lyrics. As the player's skill level progresses, they are able to break free into a one-of-a-kind freestyle session, giving each player the freedom to create a new experience with each play.