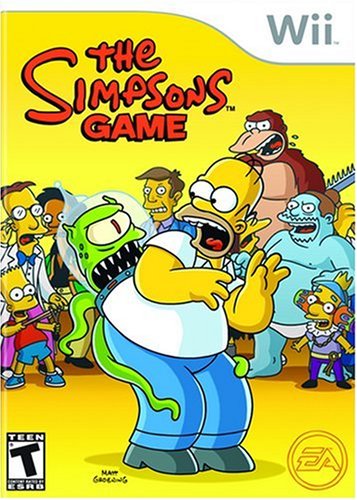 The Simpsons Game features a hilarious, sprawling, and mind-busting storyline crafted by the TV show's Emmy Award-winning writers. For this action-comedy, the full cast of voice actors from the TV show and movie reprise their roles to lend the ultimate in authenticity and realism to the game.

In The Simpsons Game, Homer, Marge, Bart, and Lisa use exciting, all-new powers to save Springfield from rising chaos. To help the Simpsons, gamers must journey through their home town (as well as vast worlds beyond!), vanquish an amazing array of villains, and fight their way through parodies of multiple popular games.