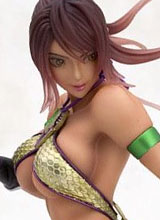 With its thrilling martial arts action, the Tekken series of video games from Namco has been a huge hit with players since the original arcade game in 1994. In the games, fighters compete in the King of Iron Fist tournament for control of the Mishima Zaibatsu corporation, using their unique talents against their opponents. 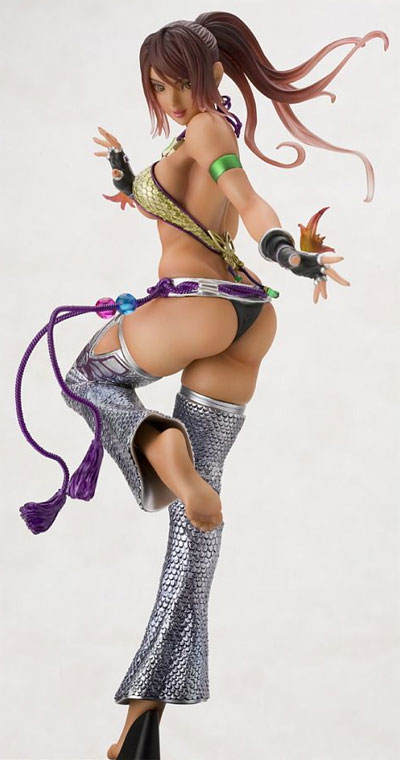 The Brazilian fighter embodies beauty and martial arts skill, and she's never looked better! Christie wears one of her signature outfits from the game series, a variation on traditional capoeira pants that's little more than thigh high bell bottoms and a detailed braided belt that leaves her panties exposed. Her top is incredibly revealing as well, consisting of a band that covers only a small portion of her breasts. That costume would be sexy on its own, but add to that Christie's pose and you've got the hottest Tekken lady ever!

The capoeira master performs one of her unique moves, balancing on her right leg with the left tucked beneath her. Christie rotates at the waist with her arms extended, her body a fluid wave of motion.

Sculpted by Busujimax (Takaboku Busujima), Christie stands nearly 10 inches tall (1/7 scale) on her special display base. Display this fighting beauty in your collection and enjoy her great look down to the translucent PVC used for realistic hair detail!