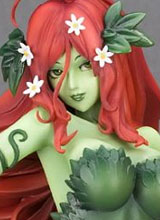 The last member of the DC Comics Bishoujo Collection (combining DC's superheroines and villains with traditional Japanese stylings) was the heroic Supergirl, and coming right after her is the floral femme fatale POISON IVY!

Born Pamela Lillian Isley, the woman who would one day haunt Batman and Gotham City was an up and coming botanist and biochemist. A crazy professor betrayed her and injected her with a mixture of poisons, unleashing in Poison Ivy the abilities to control plant life and create her own floral toxins. Working with a variety of evil partners Isley would embark on a life of crime, although occasionally serving as love interest for Bruce Wayne! 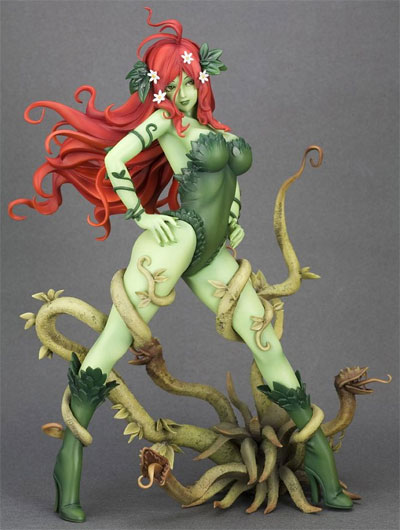 Poison Ivy appears here for the first time in the Japanese bishoujo (pretty girl) style inspired by Japan's renowned illustrator Shunya Yamashita! One of the most detailed statues in the DC Bishoujo lineup to date, Poison Ivy struts her stuff in all of her verdant glory. The sexy eco-terrorist stands proudly among her growing vegetation, high-heeled legs spread apart and hands on her hips. Her notoriously skimpy outfit is recreated in a tiny one piece that shows off all of her beautiful curves. There are a lot of really cool sculpted details like the leafy fringe on her clothing, the tendrils wrapped around her arms like jewelry, and the flowers blooming in Poison Ivy's hair. Naturally, green is her predominant color. 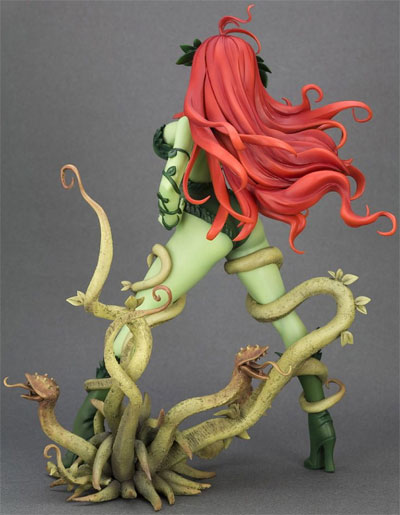 Completing the villainous vixen's look is her long flowing hair that seemingly has a life of its own, and like all the pretty ladies in her series Poison Ivy has a hauntingly attractive Bishoujo-styled face. Constructed of high-quality pvc plastic, the green lady stands on an exclusive base featuring intricate vines and snake-like creepers, some of which wind seductively up her legs!