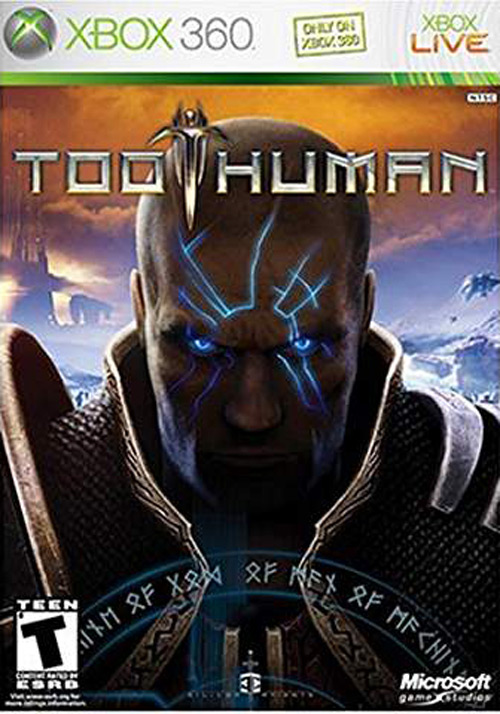 The complete condition of pre-owned Too Human includes Manual, Box

Step into the world of "Too Human," the next-generation third-person epic action-game from famed developer Silicon Knights. As the Cybernetic God Baldur, players are thrust into the midst of an ongoing battle that threatens the existence of mankind. An ancient machine presence has forced the God's hand. In the first of a three part trilogy, Baldur is charged with defending mankind from an onslaught of monstrous war machines bent on eradication of human life.

In "Too Human," players are treated to a non-stop barrage of action powered by the seamless integration of melee and ranged firearms combat and fueled by breathtaking visuals previously not possible thanks to a powerful combination of the Xbox 360 and the Unreal Engine 3. Battles unfold in awesome scale as players engage in spectacular battles with vast numbers of enemies.

"Too Human" is produced by renowned Canadian developer Silicon Knights. The masterminds behind critically-acclaimed hits such as "Metal Gear Solid: The Twin Snakes" and "Eternal Darkness," Silicon Knights brings a wealth of knowledge, story-based design and gameplay expertise to usher in the next-generation of video gaming.