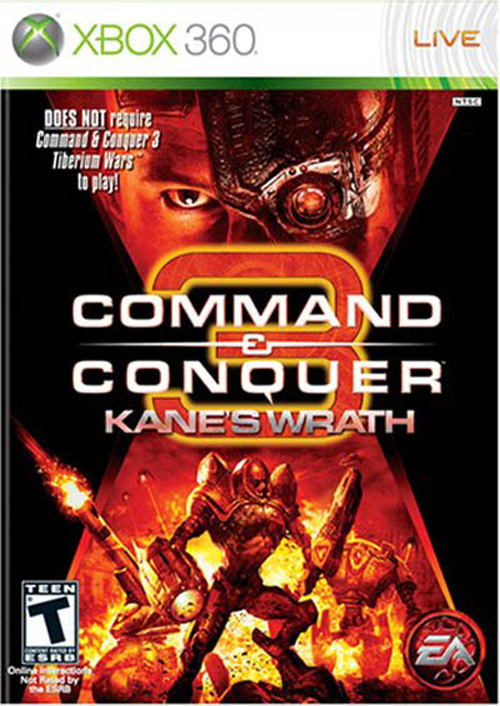 Experience a new story that spans 20 years – from the rebirth of the Brotherhood of Nod after the Second Tiberium War through the dramatic events of the Third Tiberium War and beyond. The story is told through a new set of high-definition live action video sequences starring a celebrity cast. Joe Kucan, the original actor who portrayed the character Kane in Command and Conquer games over the last decade, will reprise his role as the megalomaniacal leader of the Brotherhood of Nod. Other details of the cast have yet to be announced.

Command and Conquer 3: Kane's Wrath also features a new strategic layer of gameplay that allows you to establish bases, build customized armies, and attack your enemies on a global scale – and then dive into the frenzied tactical combat where your skills as a commander will be tested to the limits. The game introduces six new sub-factions and a wealth of new units, structures, and powers to the armies of the Global Defense Initiative, the Brotherhood of Nod, and the enigmatic alien Scrin.