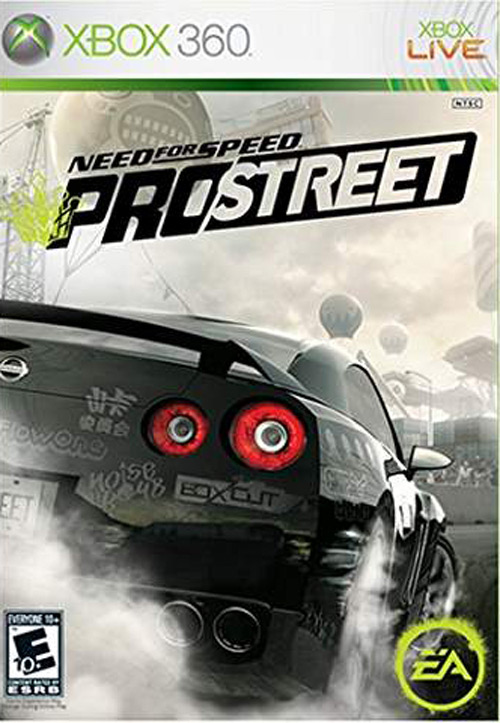 Compete at the highest level of street racing with Need for Speed ProStreet. It's no longer good enough to simply rule your local neighbourhood you need to dominate on a global stage. Build the ultimate battle machine, take it to multi-disciplinary showdowns and pit your skills and reputation against the world's best street racers. This is your chance to prove that you have what it takes to be crowned the next street king.

Need for Speed ProStreet is your ultimate taste of the chaos and unbridled adrenaline of street racing. Pushing yourself and your car to the edge can lead to mistakes and this time those mistakes have consequences. Think swirling fields of debris, shredded fiberglass and heinously twisted metal. Every dent, every scratch and every crumpled body panel is a battle scar, proof of your commitment and competitive mettle.

Compete on some of the world's most iconic racing locations – Tokyo's Shuto Expressway, the Autobahn and the Nevada desert. The atmosphere is electric – complete with energetic crowds, photo-realistic cars and billowing smoke – all designed to embody the pressure and intensity of the gladiatorial challenge known as Show Down. Need for Speed ProStreet is the realization of the raw power, visceral aggression and intense rivalry that embodies street racing culture.