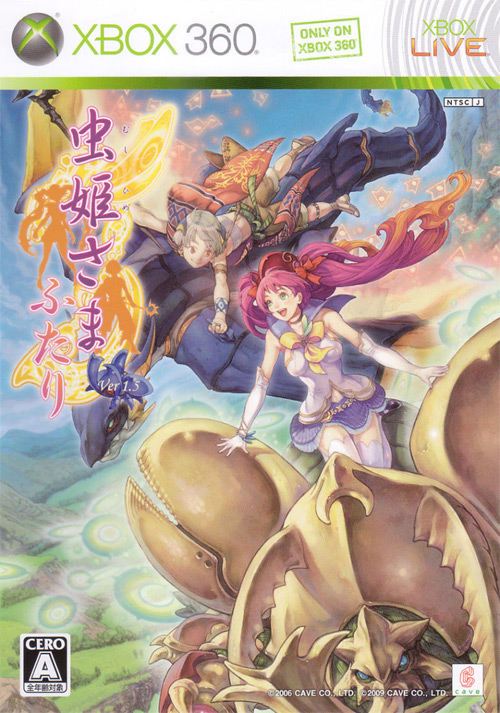 Mushihimesama Futari Ver 1.5 (Xbox 360) is region free, and therefore is compatible with all domestic and international Xbox 360 systems.

The follow up to the original Mushihimesama released in arcades and on PlayStation 2, Mushihimesama Futari Ver 1.5 is an upgraded home port of the Japanese arcade hit. Made by the legendary developer of shoot-'em-up games, Cave, This is a 'manic shooter' in which the player is bombarded by an endless barrage of bullets, making the game as difficult as it is fun. Those capable of beating the game in arcade mode can truly be proud of their accomplishment, though there is also a novice mode for those uninitiated to the genre.

In a new Arrange mode exclusive to this Xbox 360 version you can play through with a special set of rules, and the ability to switch between the two playable characters at will. The game also features Xbox Live Marketplace content, including a new "Black Label" mode, which can be downloaded for an additional fee. (Note: a Japanese Xbox Live account is required to access Marketplace content.)

Mushihimesama the shooting action is here on Xbox360. The wars between the beetles and the humans have started again.

To stop the insects from preying on the humans, Aki, the prince, has ventured into Reco' forest to negotiate.

The queen waited and waited, the insects have stopped their raid, yet the prince never returned. That leaves Palm, his little brother, with the grief stricken queen who accused Reco day and night of her involvement in Aki's supposed death.

To find out if Reco was the one responsible for Aki's death, Palm ventured into the forest. Join the little prince and the forest goddess on their adventures.