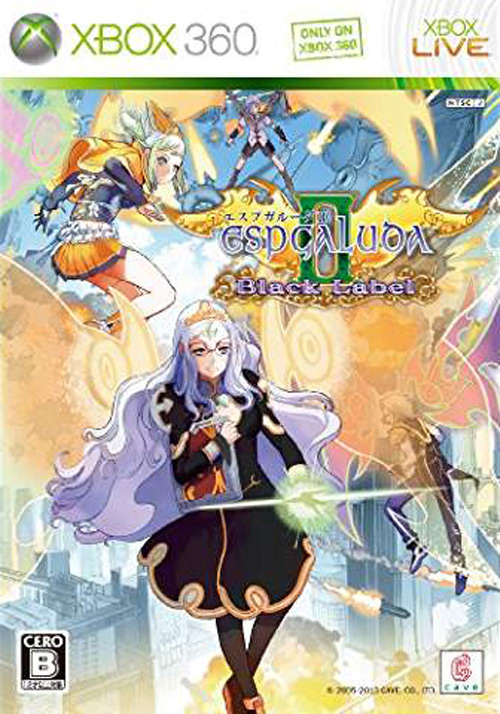 Region Free - compatible with all domestic and international Xbox 360 systems. Please note that the limited edition is REGION LOCKED.

Following closely on the heels of Mushihimesama Futari Ver 1.5, Espgaluda II Black Label is another region free shoot-'em-up from the legends of the genre, Cave. This is only the second game to ever be released region free exclusively in Japan, and according to developer Cave, will be the last region free game for some time to come, so get this one while you can!

Espgaluda II, originally released in arcades, is a sequel to the PlayStation 2 hit Espgaluda. Much like it's predecessor, Espgaluda II is a 'manic shooter', meaning that placing highly on the online leaderboards is a true achievement to strive for. As with most home ports of the shmup genre the game features a novice mode for those new to shoot-'em-ups.

The game takes place in a fictional land called Soma, three years after a massive war known as the Great Shinra War devastated the land and killed most of its plant life. Humanity is forced to pull their efforts together for the sake of survival and reforestation.

Using new found technology, an alchemist named Hiodoshi spearheaded a project called Project Espgaluda, which gathered youths and used them as experimental test subjects for artificial armored wings. They were then called Galuda, named after the mythical bird of legend.

Ageha and Tateha were two of the subjects who escaped during the project. At the end of Espgaluda, they were reunited with their mother and lived peacefully after going into hiding. Espgaluda II begins when they are discovered.