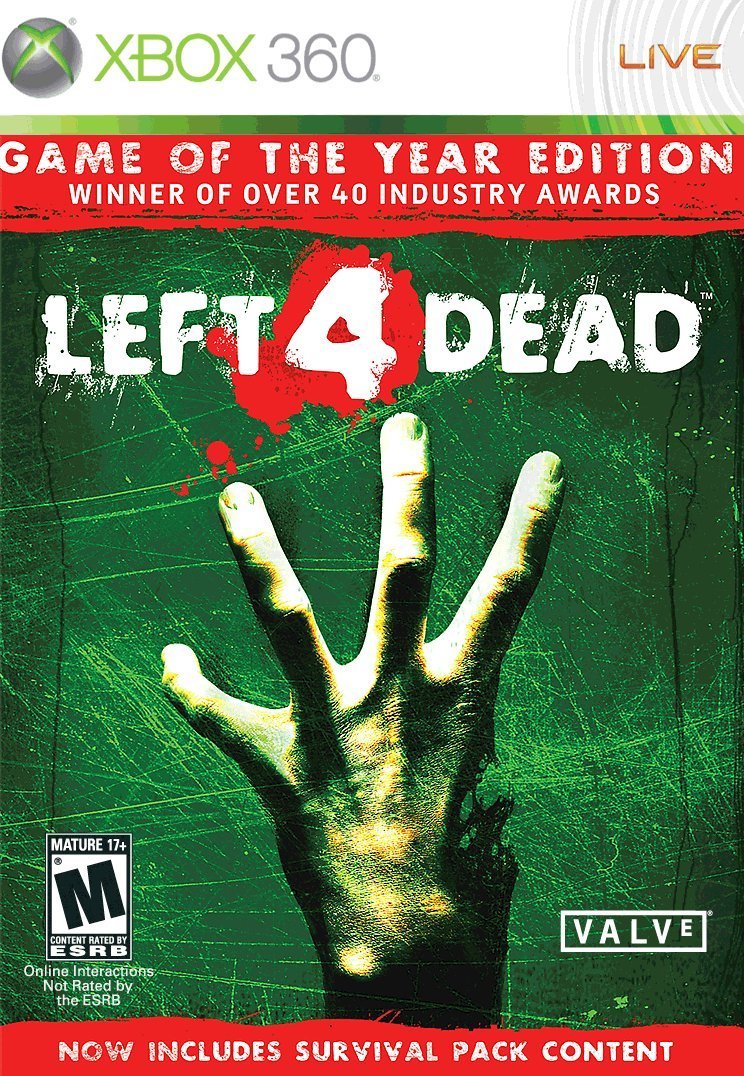 Setting out to do for co-op gaming what Counter-Strike did for team combat, Left 4 Dead is an ambitious survival horror game. Running on the Source engine, Left 4 Dead leaves four armed survivors of a world overrun with zombies, and they must fight their way out to escape the outbreak.

Designed for co-op play, the four players must work together to finish each stage of the game, lending each other artillery support, sharing ammo and rescuing each other when zombies are on top of them. In addition to the standard four players as humans, another four players can be amongst the masses of assaulting zombies, seeking to take down the other players. Zombie players might even find themselves become one of the four mutant "boss" zombies, who have unique powers that can be used to devastate, injure, tie up, mark and track, confuse, or even humiliate the gun-toting human survivors.

Includes the full original game and the downloadable content, the 'Survival Pack.'

The Left 4 Dead Survival Pack is a collection of extra content, the main portion being the new 'Survival Mode' where 1-4 players attempt to survive increasing numbers of zombies. Also included are two new Versus campaigns, each containing 5 additional maps.