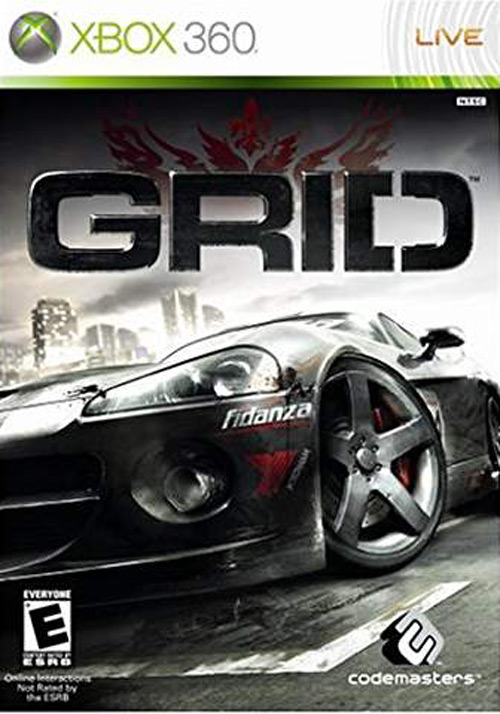 From the creators of one of 2007's best racing games, DiRT, comes GRID a fast-paced, cinematic, all-encompassing racing game. GRID takes players on a world tour of beautifully designed race locations through Europe, the US, Japan and beyond. The game features the most extensive range of courses ever created by Codemasters, combining official racetrack/circuit challenges and drifting events, with road races and urban street competitions.

GRID embraces all types of racing, including traditional circuit courses in exotics in Europe, muscle car street races in the US, and drifting import tuners in Japan. Jump behind the wheel of some of the fastest, most powerful race cars ever created and take on your friends in the best that racing has to offer. In any mode, on any surface, the car handling is sublime and the physics system is thrillingly accurate. A devastating new damage engine ensures players feel every bump in the road as they fight to keep control of their cars at breathtaking speeds.

GRID delivers electrifying race action squeezing all the juicy bits out of the world's best courses, cars and race styles to deliver one huge adrenaline rush. It's all about what happens between the GRID and the flag!