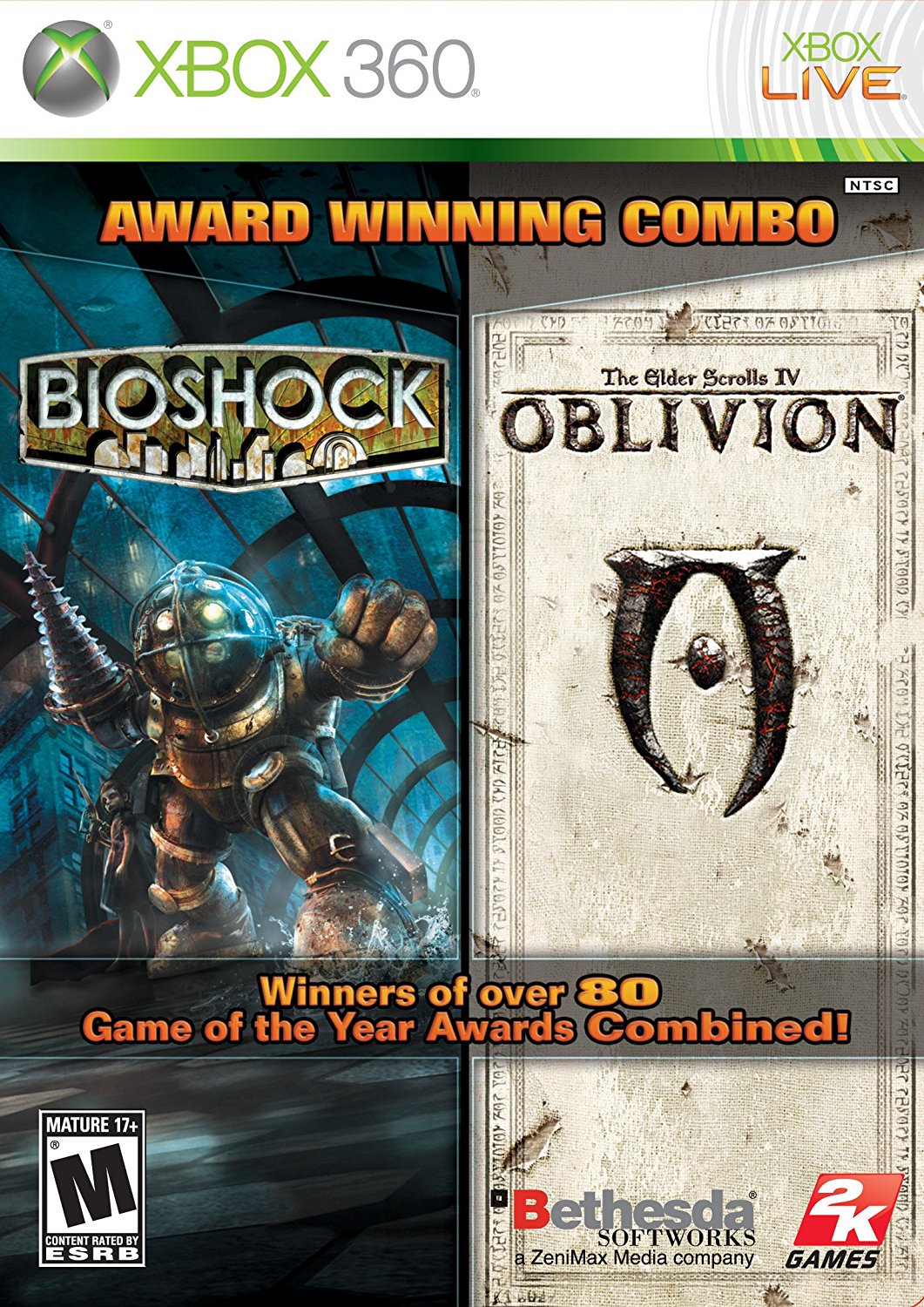 With a combined bounty of more than 80 Game of the Year awards from the video game industry’s top publications, the BioShock & The Elder Scrolls IV: Oblivion Bundle from 2K Games provides two critically acclaimed single player experiences that have set new benchmarks in their individual genres. Together for the first time for players on the PC platform, this release provides maximum gaming excitement at a bargain price.

Bioshock: You are the only survivor in a North Atlantic plane crash, floating in the icy water as the fuselage sinks beneath you. Your only hope is a lighthouse in the distance, inside of which sits a submersible capsule. You climb in and you begin your decent into Rapture, a city hidden beneath the sea. Originally constructed as an idealistic society for a hand picked group of scientists, elite individuals, and industrialists, the idealism is no more. Now the city is littered with corpses, wildly powerful guardians roam the corridors as little girls loot the dead, and biologically mutated citizens ambush you at every turn. Now you’re trapped, caught in the middle of a genetic war that will challenge both your capacity to survive and your moral allegiance to your own humanity.

Elder Scrolls IV: Oblivion: Step inside the most richly detailed and vibrant game-world ever created. Oblivion is the latest chapter in the epic and highly successful Elder Scrolls saga and utilizes the latest PC video game hardware to fully immerse the player into the experience. With a powerful combination of freeform gameplay and unprecedented graphics, players can unravel the main quest at their own pace or explore the vast world and make their own challenges.