Kingdom Under Fire: The Crusaders  (XBox) 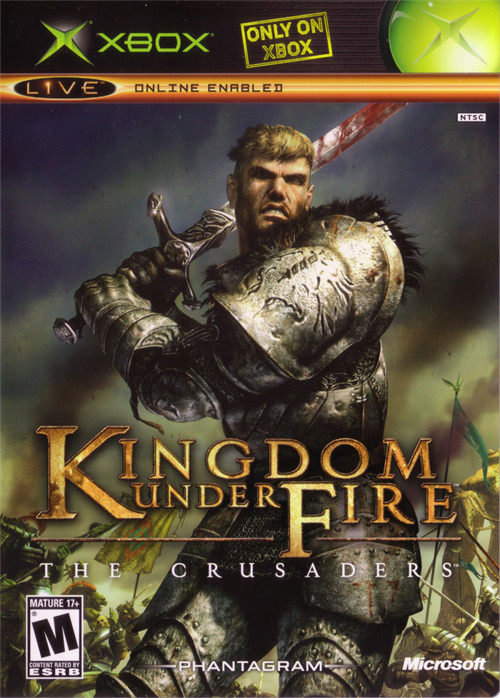 The complete condition of pre-owned Kingdom Under Fire: The Crusaders includes Manual, Box

50 years have passed since the Second Great War of Heroes. The Ancient Heart, the legendary artifact that caused the Great War, was long gone. Legends of the Ancient Heart circulated throughout the land after the Great War, but the slow passage of time caused many to forget the devastation once brought by the artifact. The memories of the dreadful powers hidden within the Ancient Heart, once responsible for deaths of thousands, were beginning to fade. The Papal Court of Ecclesia further discouraged the legends, determining the Ancient Heart to be the work of pure evil, and exiling all who would seek its knowledge. The land of Bersia stood in peace as the former combatants mended their wounds.

However, history has a tendency to repeat itself.

Without warning, a village near the border of the Sacred Land - where Ancient Heart rested - was invaded by the merciless Orcs. In response to this foul act, Hironeiden declared war against the evil Vellond and began their invasion of Hexter. Ecclesia immediately entered the war as well, in the name of protecting this Holy Ground.