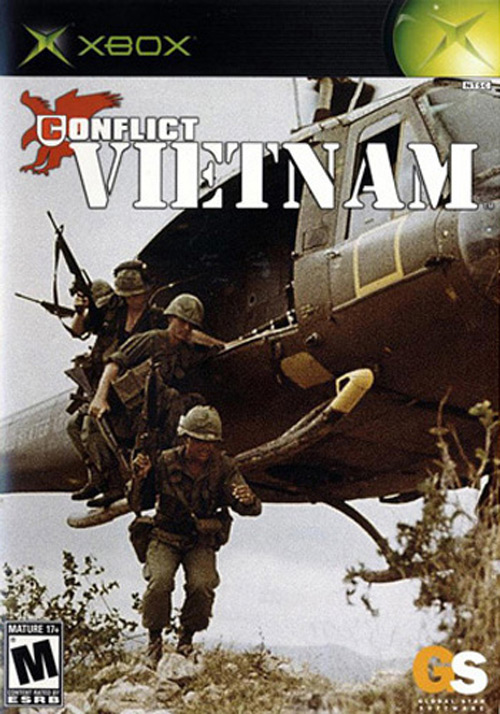 Conflict: Vietnam follows the progress of four US soldiers, cut off from their unit and behind enemy lines during the 1968 Tet Offensive. Tasked with fighting their way back to friendly lines, they are faced with day-to-day survival in a hostile environment where the enemy could be hiding anywhere and everywhere. They are un-concerned with the course of the war but brutally aware as to the presence of the Viet Cong and of finding any way they can to survive.

Conflict: Vietnam is a third person shooter where the player takes full control of all four squad members, utilising their different skill sets and tactical abilities to carefully out-flank enemies, neutralise targets and potential threats and make it back to friendly lines in one piece.

The game is made up of fourteen huge missions, each with a number of individual and varying objectives. You will lead your squad through ruined temples, down Vietnamese rivers, into local villages (with friendly and non-friendly fire) through the jungle and into the ancient Vietnamese capital of Hoi.

Unlike Conflict: Desert Storm, Conflict: Vietnam does not set out to depict the course of the war; instead it bears witness to four men struggling for survival in the hostile Vietnam jungle against a ruthless terrain and seemingly ever-present ‘invisible’ enemy.