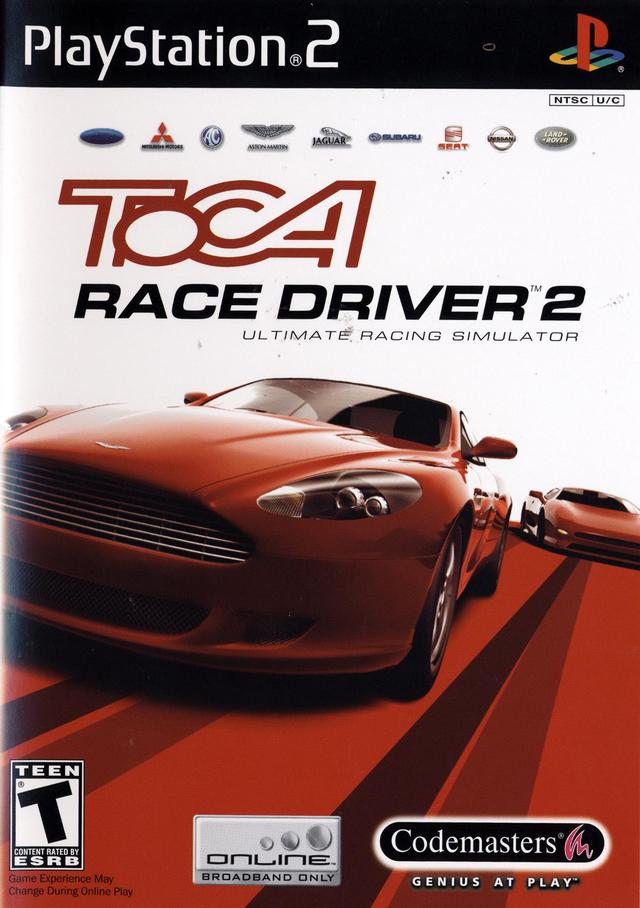 ToCA Race Driver 2: The Ultimate Racing Simulator is a massive step forward from Race Driver. It offers a great selection of aspirational cars to be driven through 31 championships that cover a huge variety of motor racing styles.

The game features 35 high-powered, aspirational cars such as Aston Martin and Jaguar. The 31 Race Locations offer 48 tracks which provide the ultimate racing experience and are a combination of real licensed tracks and fictional tracks.

The immersive story line adds to the excitement by following the player's progression through the ranks of the racing world. The reality TV style captures the competitive intrigue of 12 drivers battling their way to the top: driving for a Grand Prix team.