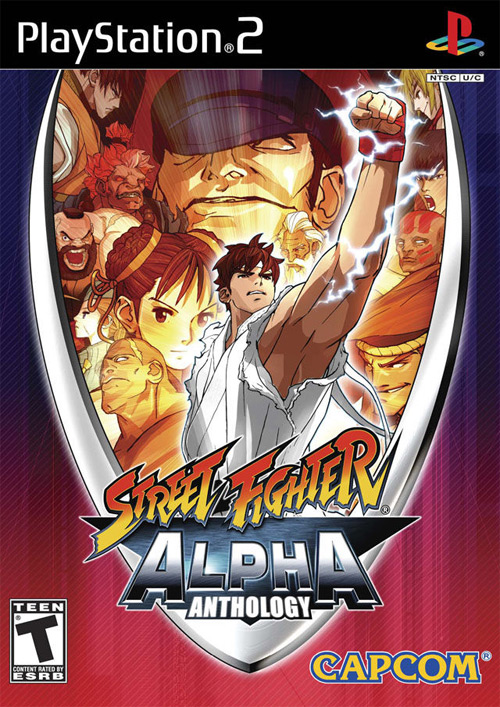 All titles in the collection feature three core gameplay options. Arcade mode pits competitors against a series of CPU controlled opponents in order to beat the game. Versus mode allows two players to choose among the cast of characters for intense head-to-head battles. Fighters can practice special moves and combos to hone their skills in the training mode. Additionally, all four Alpha titles feature survival mode as well as a dramatic battle mode which allows 2-on-1 tag team matches.

Street Fighter Alpha brings together a cast of 13 characters from the collective Street Fighter universe. The series' inaugural title introduces super combos and alpha counters to add a new dimension to fighting.

Street Fighter Alpha 2 ups the ante with 18 fighters and several new options including high and low Alpha counters as well as more moves and combos for each character. In addition, the second title launches the Custom Combo system which lets players use up a super meter to perform devastating multi-hit combos.

Super Gem Fighter Mini Mix rounds out the anthology with miniature versions of popular Capcom fighters in fierce battles. Combatants vie to collect power-up gems as they perform an array of special attacks and powerful combos.

2. Shadow of the Colossus (PlayStation 2)