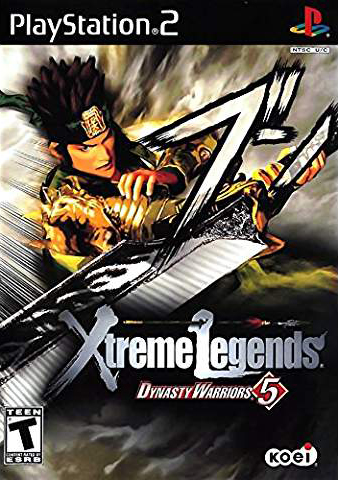 The action stays hot and never gets sour with a banquet of 18 all-new maps and untold stories, 5 sizzling modes, and so much more! Order up a new hero in the series' most expansive Edit mode, where you'll have a la carte options to create 20,000 possible character combinations. It's a feast that will satisfy any general's hunger for action!

In the series’ first-ever Destiny mode, your ultimate goal is to become the commander of an entire army. First, you’ll create your own character that will start out as a foot soldier with limited fighting abilities. As you work your way up the ranks, you’ll gain new fighting, strategy, and leadership abilities.

Destiny mode gives you an unmatched level of control over your character by letting you choose which kingdom to defend and which officer to serve. Have you become disillusioned with a kingdom’s leadership? Switch allegiance to another kingdom or officer!

In battle, you’ll build a reputation among the legendary generals. For example, Xiahou Dun could invite you to join him. By siding with him, you may stand to gain new skills and even a promotion. It’s up to you to accept or refuse.

Now with 2-player co-op play! Xtreme mode challenges you to clear as many missions as possible. Unlike the game’s other modes, your character will not recover at the end of each stage. You must heal yourself and improve your abilities by purchasing items in between stages.

In Xtreme mode, you won’t just fight. You must recruit new officers, expand your territory, and control the economy. You can have up to six officers at your service (three more officers than in DW4XL), and take up to three of them into battle. It’s also up to you to control the economy of items by expanding the reach of your kingdom. You can even collect taxes to improve your wealth.

Your deeds and the items you receive in Legend and Destiny modes are converted into currency, and can be used to purchase items in Xtreme mode.

LEGEND MODE In Legend mode, you'll uncover 18 all-new maps with historical and fictional scenarios. Historical scenarios include the Battle of Yang Ping Gate, the first showdown between the Kingdoms of Wei and Shu atthe Battle of Han Shui, and Cao Cao’s attempt to capture Emperor Xian.

As you clear each scenario, you’ll learn more about the relationships between characters as each character explains his or her point of view.

When creating a character in Edit mode, you can adjust everything from face, hair, clothing, and headwear, with a total of 10 options for each part. Unlike DW4: Empires’ Edit mode, where body types were set (Hero, Warrior, Strategist, etc.), in DW5XL you can adjust both the height and weight (30 levels for each) of your character. Furthermore, there will be 3 different voice options for both the male and female edit characters (6 voices in total). Edit characters can also use the weapons of the original 48 Dynasty Warriors.

Edit characters can be used in DW5’s Free mode and in DW5XL’s Legend and Xtreme modes.

DW5XL includes two additional Challenge courses, plus the four original courses from DW5. In Gatekeeper, you’ll defend a gateway against waves of rushing enemies. While in Speed Strike, you’ll leave a trail of carnage in an attempt demolish everything in your path within a given time limit.

In 5XL’s Camp, use character and weapon power-ups found in Xtreme Mode to power up a fellow warrior’s stats and weapon, or your own. Additional features include: