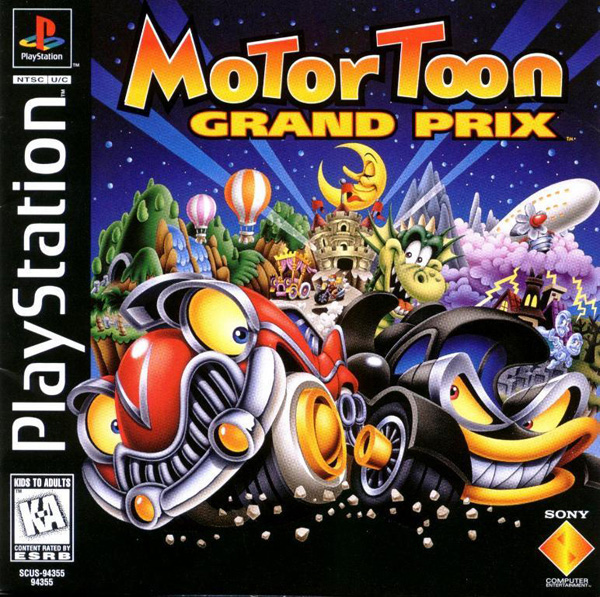 The Championship mode takes you through all five tracks. For practice you can select from a single race, time attack and free run. You can even play back your races in the Replay Theater.

What does "Complete" mean?
The buy and sell value of Motor Toon Grand Prix (PlayStation) is based on how "complete" it is. When in the "complete" condition this used PlayStation game includes: