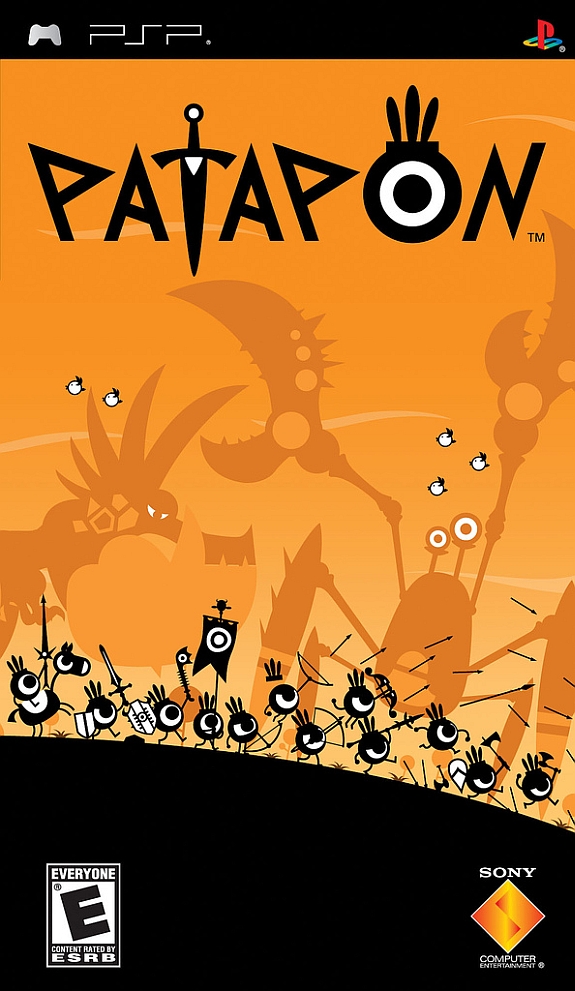 Developed by Sony Computer Entertainment Japan, Patapon is an innovative, rhythm-based 2D platform/action game exclusively for the PSP system. In the game, players are tasked with leading the colorful Patapons, a brave and noble tribe, through a series of epic battles against opposing armies and gigantic monsters. In a distinct gameplay twist, action and rhythm are intertwined as players utilize drumbeats to march, attack, and defend, ultimately leading the Patapon tribe to victory.

Featuring more than 20 missions in a variety of environments such as swamps, volcanos, gorges and deserts, players will outfit a Patapon army, collect resources, and grow their tribe into a devastating fighting force. Patapon presents a variety of warrior types, along with a wide selection of weapon and shield upgrades, that players will use to strategically customize and position their army as they progress through the funky adventure. Players will easily get caught up in the addictive action by collecting rare weapons and items as the adventure unfolds, and by earning more points to upgrade to new Patapons. Additionally, Patapon features five unique music-based mini-games to earn additional upgrades for the Patapon army. With vibrant character designs by popular French graphic artist, Rolito, Patapon introduces a unique, 2D art style incorporating abstract shapes, colorful environments, and larger-than-life boss enemies.

For years the Patapon tribe has lived in the desolate frontier, driven from their home by the evil Zigoton army. Behind the Patapons' cute exterior, lies a fierce warrior spirit that can only be commanded by the beat of their God's war drum. They wait for the day that the "Almighty" will return, to lead them against their enemies and bring them back to their homeland. Finally, their wait has come to an end as the drums of war are heard once again.