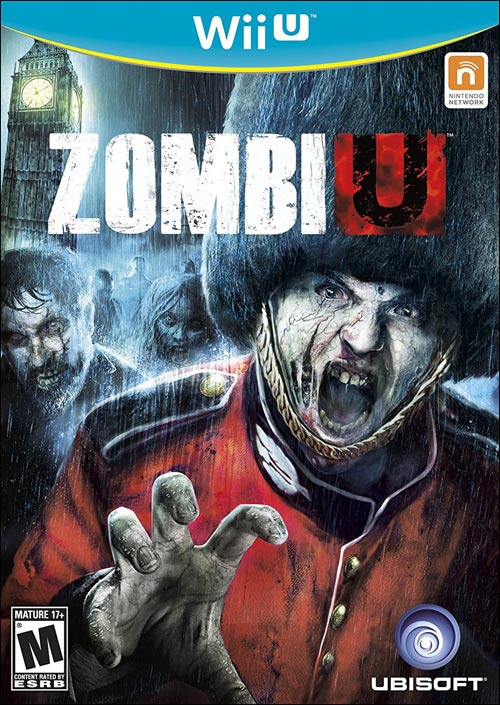 It has been foretold that the world as you know it will end in 2012... London is falling! Are YOU prepared?

For the second time in history, a great plague has descended upon London, infecting the human race with a deadly disease. Big Ben tolls as hundreds upon thousands of the unprepared die or are infected by a sickness worse than death...

You are still breathing, for now. But how long will you survive in the labyrinth of London streets and underground as the infected close in around you? The horrifying remains of humanity ravaged by the foul disease shuffle through the streets, waiting to prey on your living flesh at every turn!

ZombiU is designed to take advantage of the Wii U and its revolutionary new controller and will test your will to survive in a zombie Survival-Horror First Person Shooter. So grab hold of the height of survival kits – your new controller – and stock up your Bug-Out Bag with supplies! Make every second count; you only get one chance.

STAY HUMAN, WE ARE A DYING BREED.