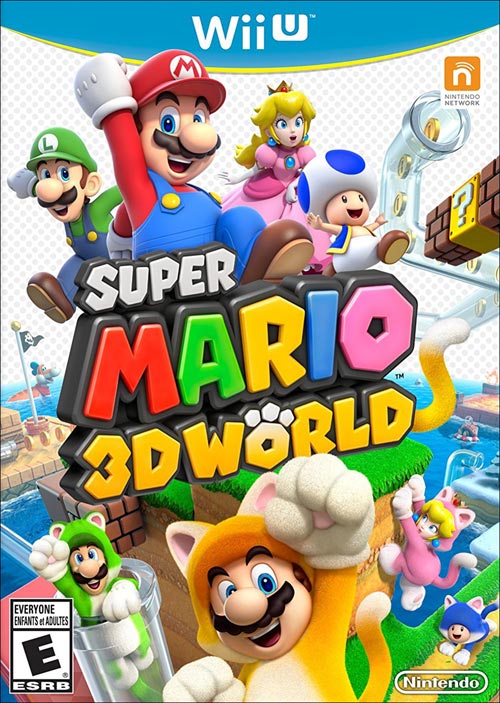 For decades, the characters of the Super Mario Bros. franchise have been loved by fans. Their quirky abilities, hilarious backstory and unusual worlds have endeared players, solidifying a place in the annals of video game history forever. So it only makes sense that the Super Mario Bros. legacy should burst into life in 3D with the power of next-generation consoles. Experience the first multiplayer 3D Mario game for the Nintendo Wii U console and dive back into the familiar world with the characters you love, but with an array of new features and added twists.

Invite your friends over to work together in the Super Mario Bros. universe or compete for the crown alone. Play as Mario, Luigi, Princess Peach or Toad, and utilize each character's unique abilities and play styles that help you get ahead. Princess Peach, of course, gracefully glides over gaps, while Luigi brings back his trademark extra-high jump. Keep your enemies guessing with the new cat transformation that lets you run on all fours, pounce on foes, attack in midair and use your claws to scamper up walls and goal poles. Each aspect of the colorful 3D environments will have you feeling a combination of nostalgia and excitement, while new obstacles and contraptions, like transparent pipes and vertical conveyor belts, add new puzzle elements to keep you on the edge of your seat. Harness the power of the Wii U GamePad controller's touch screen to search for hidden blocks and freeze enemies in place. Get ready to enjoy the success of a classic in a totally new and thrilling way.