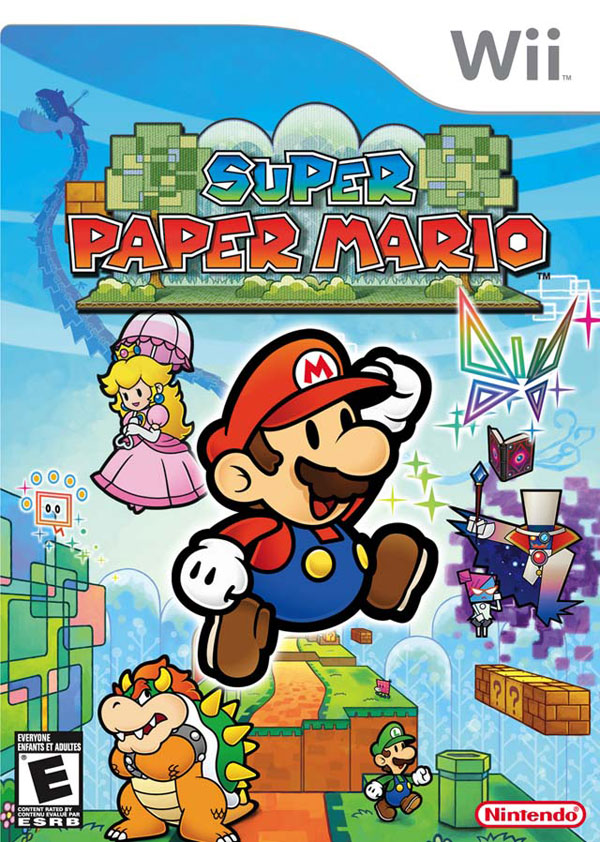 Mario and Luigi are enjoying a lazy afternoon at their house when they hear the terrible news: Princess Peach has been kidnapped! The two brothers head straight for Bowser's castle to get her back, but Bowser is just as surprised about Peach's kidnapping as they are. At that moment, a strange top-hatted villain warps in and abducts everyone but Mario. The mysterious villain then forces Peach and Bowser to get married, creating a rift of dark energy that threatens to tear the universe apart! Only Mario can save the day...but he can't do it alone.

What at first glance appears to be your classic 2-D adventure ripped straight from the stylized pages of the Paper Mario universe, soon turns into an hysterical 3-D action game possible only on Wii!

Early on, the 2-D side-scrolling game play appears to be reminiscent of New Super Mario Bros. But as soon as Mario learns the ability to flip between dimensions, players will be constantly flipping between 2-D and 3-D to pass perilous pits, find hidden coins and passages, and talk to characters who are visible only in 3-D.

Super Paper Mario's gameplay and smooth controls, plus its innovative 2D-to-3D effect, make for one of the best platformers in several years. Its adventurous anthems seem to have the uncanny ability of pulling players back in a quest for mastery. It's a Mario title anyone can play.