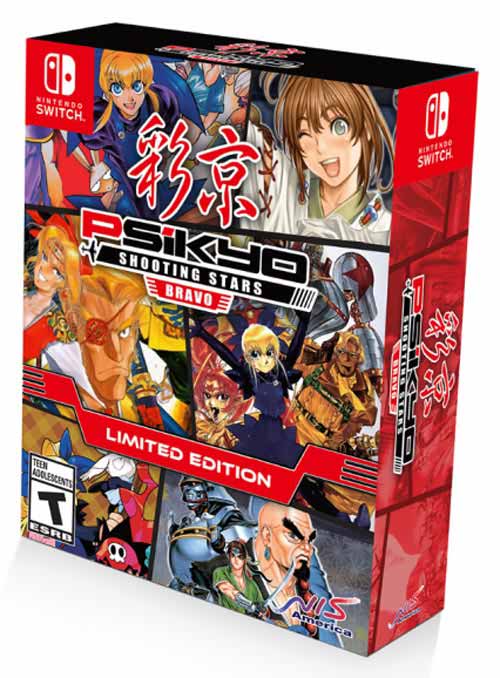 Classic shooting games in a retro compilation for the Nintendo Switch!

Samurai Aces - The shogun's daughter has been kidnapped by an evil cult, and it is up to six unlikely heroes to rescue her before she is sacrificed to resurrect a demon god! Originally released in 1993.

Tengai - The militaristic cult Shinrano has captured the shogun's daughter in order to sacrifice her to their demon god. The only ones that can stop them are a group of misfits that must rise up to become heroes! Originally released in 1996.

Sengoku Cannon (aka Samurai Aces 3) - When villagers suddenly begin to disappear, a group of heroic mercenaries returns to uncover the mystery. But even they cannot prepare themselves for the twisted plot of soul-bearing machines and a missing Princess that lies behind the disappearance. Originally released in 2005.

Gunbird - What do a witch girl, a robot, an adventurer with a jet-pack, a martial artist, and a monkey warrior have in common? They all seek the pieces of a magic mirror in order to make a wish! Originally released in 1994.

Gunbird 2 - Seven quirky warriors face a mighty challenge: claim the legendary potion of a Divine God in order to fulfill their grandest wishes! Originally released in 1998.

Gunbarich - A spin-off title of the "Gunbird" series, the young witch Marion and her anchor-wielding classmate Gurutan star in this charming game of colorful blocks. Originally released in 2001.

A set of Art Cards 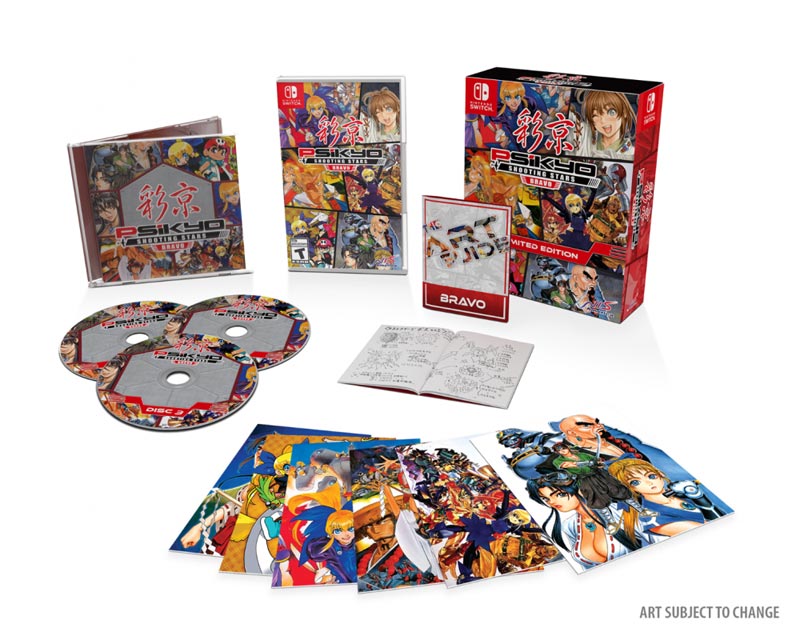