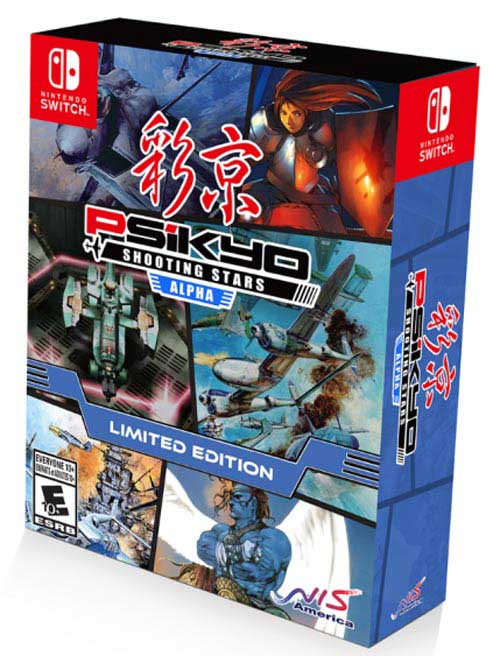 Classic shooting games in a retro compilation for the Nintendo Switch!

Strikers 1945 - The mysterious C.A.N.Y. Organization seeks to conquer the world with powerful super-weapons, and only the Striker Team can take them down and restore peace! Originally released in 1995.

Strikers 1945 2 - The Striker Team is called into action once again when a new threat appears in the form of the F.G.R. Faction and their massive mecha technology! Originally released in 1995.

Strikers 1945 3 (aka Strikers 1999) - A swarm of alien mic robots known as "Nanites" have infiltrated Earth's military bases, and the heroic Strikers must utilize powerful new vehicles and weapons to repel the invaders! Originally released in 1999.

Sol Divide - The evil Emperor Ifter seeks to become a demon and take over the world. It is up to three powerful heroes to rise up and stop his nefarious campaign! Features RPG elements and a branching storyline for each character! Originally released in 1996.

Dragon Blaze - Four Dragon rider Knights, each with their own goals, are on a quest to slay the Demon King. Will their quests end in triumph...or ruin? Originally released in 2000.

Zero Gunner 2 - To free the world from the evil conglomerate IGEM and their destructive Oni machine, the blazing guns of the Zero Gunner Squadron are called in to take them down! Originally released in 2001.

A set of Art Cards 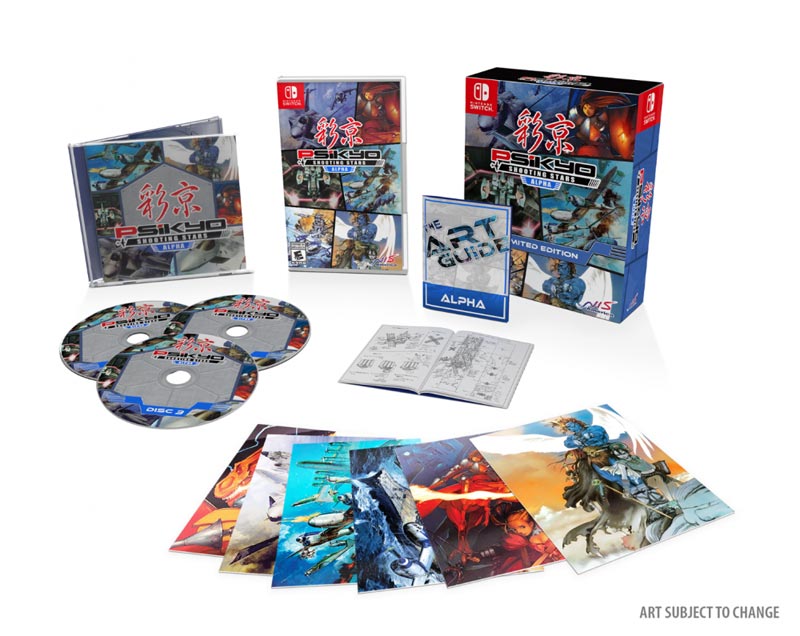 4. Ni no Kuni: Wrath of the White Witch (Nintendo Switch)