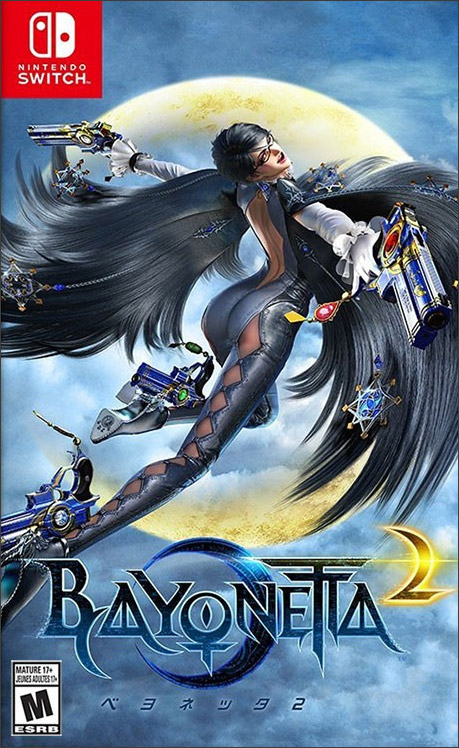 Bayonetta 2 is a butt-kicking, havoc-wreaking witch who wields sweet weapons like pistols, whips, hammers, flamethrowers, and poison bows. But it's not just about brawn-it's also about style.

Bayonetta is deadly but sleek, with moves like Witch Time that slows down time itself, and the all-new Umbran Climax-a special magic attack that summons Infernal Demons to devastate enemies. The Bayonetta 2 game also features an online and local wireless 2-player cooperative mode where players bet halos on their performance and work together to amplify their sass, cause destruction, and score some riches. You can even dress Bayonetta up in five Nintendo-themed costumes-Princess Peach, Princess Daisy, Link, Fox McCloud, and Samus Aran. Bayonetta This is the prequel to the Bayonetta 2 game, and it's every bit as sassy, destructive, and epic as you'd expect. Bayonetta is the fashionable and foxy unholy offspring of an Umbra Witch and a Lumen Sage, and she's lost her memory after being asleep at the bottom of a lake for 500 years. Use Wicked Weaves to summon Infernal Demons, dodge enemies' dangerous attacks to slow down time, and punish angels with deadly devices. You can even dress Bayonetta up in four Nintendo-themed costumes-Princess Peach, Princess Daisy, Link, and Samus Aran.