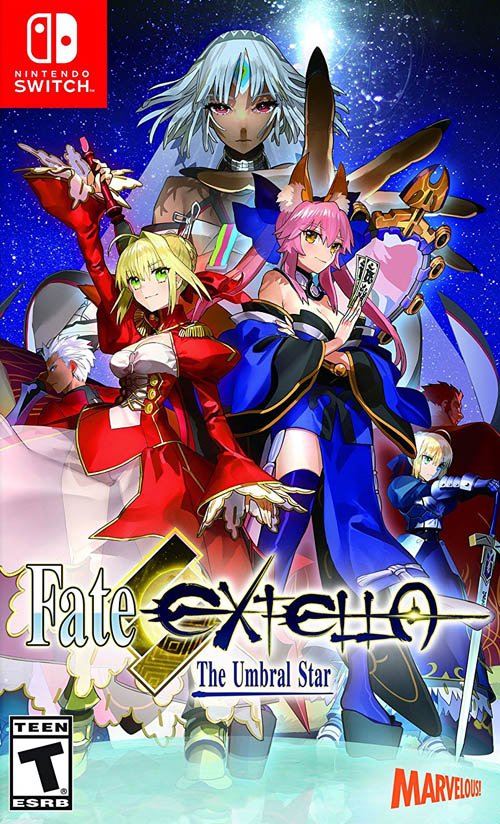 The Moon Cell Automaton is a spiritron computer, which exists on the moon and has the power to grant any wish. All across the spiritron-constructed virtual world, SE.RA.PH., Servants and the Masters who control them fight for the right to be the Moon Cell Automaton's one owner in a ceremonial conflict known as the Holy Grail War.

Now, the Servant Nero Claudius and her Master have won the Holy Grail War and have obtained the universal wishing mechanism, the Holy Grail. They also obtained the Regalia, a ring that proves their kingship. With it, they rule over their once-enemy Servants and start a new beginning on the moon's new world.

But a new enemy has appeared before them. And this enemy has something that shouldn't exist: another Regalia. Fate/EXTELLA: The Umbral Star, the first action game based on the rich Fate lore, is making its way to the Nintendo Switch!

Many fan-favorite characters, including the ancient Heroic Spirits (Servants) summoned by the Holy Grail, make their appearances, with the series being reborn as a high-speed combat-oriented title in which players face off against the enemy and their army in exciting large-scale action scenes. Players can also take some time to enjoy the deep storyline the Fate series is known for.