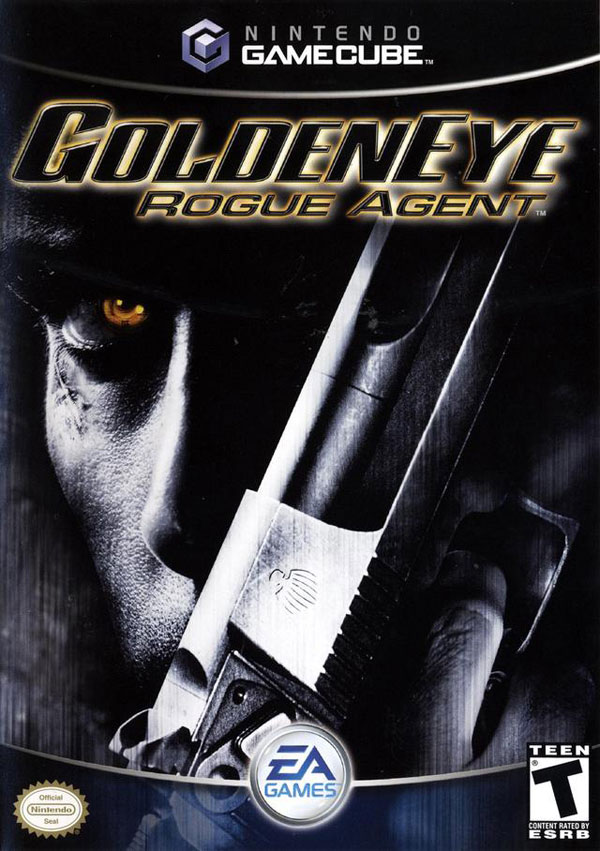 Why save the world when you can rule it? GoldenEye: Rogue Agent™ goes where no previous James Bond game has dared to tread, giving you the chance to cross over to the dark side of the Bond universe to experience life as a ruthless and unpredictable villain.

The focus of this first-person shooter shifts from that of 007 himself to the corrupt underworld and its criminal masterminds. As an aspiring 00 agent dismissed from MI6 for reckless brutality, you’re recruited by Auric Goldfinger in a ruthless war against Dr. No for control of the Bond underworld. A brutal encounter with Dr. No costs you an eye, but Goldfinger’s technicians replace it with a gold-hued, synthetic and upgradeable eye, earning you the name ‘GoldenEye’.

Wreak havoc as you make your unrelenting rise through the ranks of villainy. Encounter such legendary allies and enemies as Oddjob, Dr. No, Goldfinger, Scaramanga, Xenia Onatopp, and Pussy Galore on globe-spanning missions of vengeance and demolition.