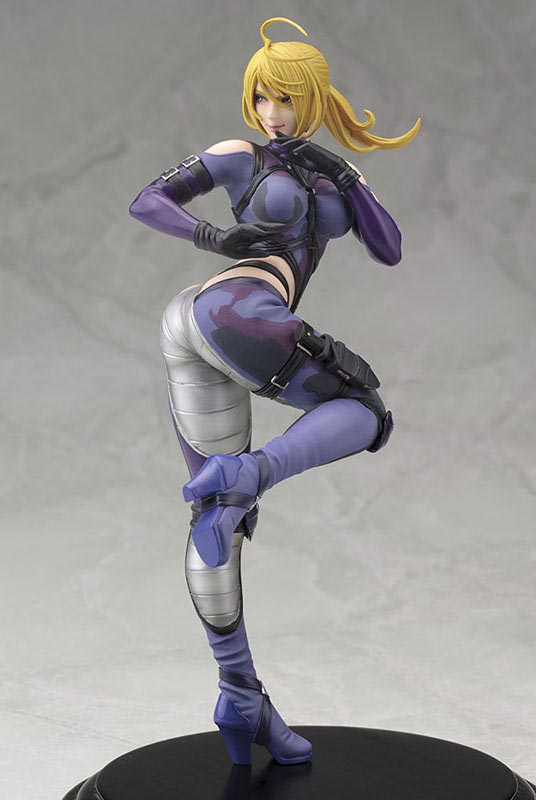 The hit line of Tekken Tag Tournament 2 Bishoujo Statues continues! With its thrilling martial arts action, the Tekken series of video games from Namco has been a huge hit with players since the original arcade game in 1994. In the games, fighters compete in the King of Iron Fist tournament for control of the Mishima Zaibatsu Corporation, using their unique talents against their opponents. Next up after the noble fighter Jun Kazama is the bloodthirsty Irish assassin NINA WILLIAMS! Appearing in every Tekken game since the first and her own spin-off Death by Degrees, Nina makes her triumphant debut in the Bishoujo series based on an all new illustration by Shunya Yamashita. 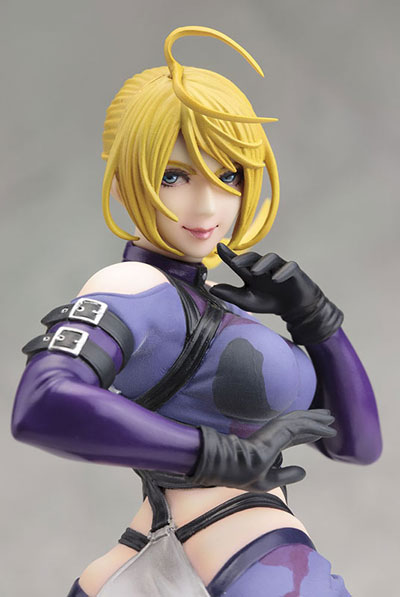 Showing off her martial arts prowess, not to mention her muscular physique, Nina Williams poses just for you as she stands on one leg with the other preparing a lethal side kick for an unseen opponent sneaking up on her! The tough fighter looks great from any angle as she turns in mid-kick, looking behind her as she leans forward over one straight leg. Nina wears her unique combat suit, part blue and purple camouflage, part metallic silver, and part black straps. Her incredible sculpt captures all of the details of her clothing down to the creases in her boots as well as every curve of her taut muscles. It's easy to overlook Nina's deadliness for her beauty, but watch out for that kick! 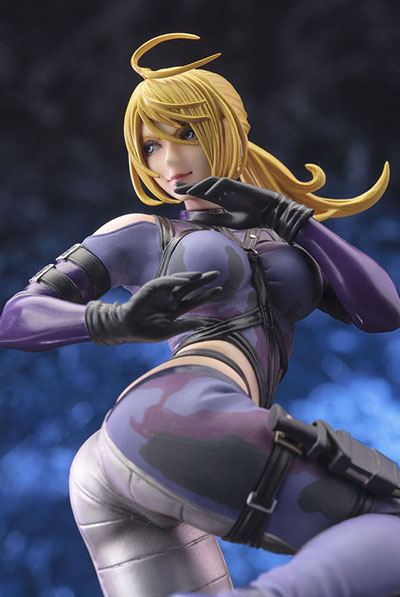