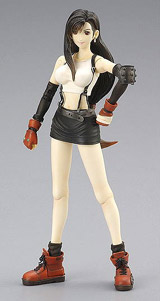 For the first time ever, the characters based on the Playstation game likeness of Final Fantasy VII have been made into highly articulated Play Arts Action Figures!

Tifa Lockhart is attired in a mini-skirt, with all details accurate right down to her "dolphin tail" hairstyle. (7 1/5" tall) 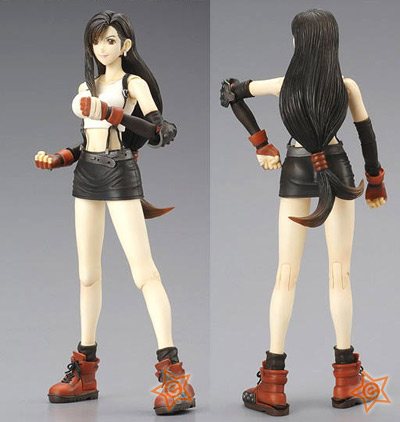