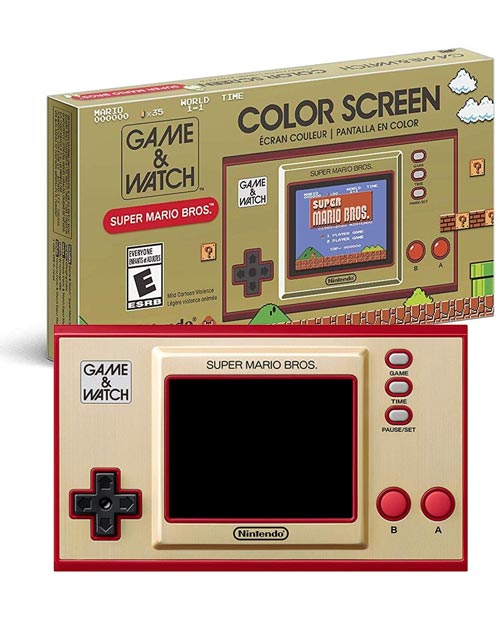 Get your hands on a new piece of Super Mario history with a collectible Game & Watch system!

Jump over bottomless pits, stomp Goombas, and enter warp pipes with the same tight controls you remember from the ‘80s! Play solo or pass Game & Watch: Super Mario Bros. to a friend for alternating two-player fun.

When you’re not saving Princess Peach, check out the included digital clock. As time passes, 35 different animations may play... including some guest appearances from Mario’s friends and foes!

Play a special version of Game & Watch: Ball with a Super Mario Bros. makeover for a true blast to the past!