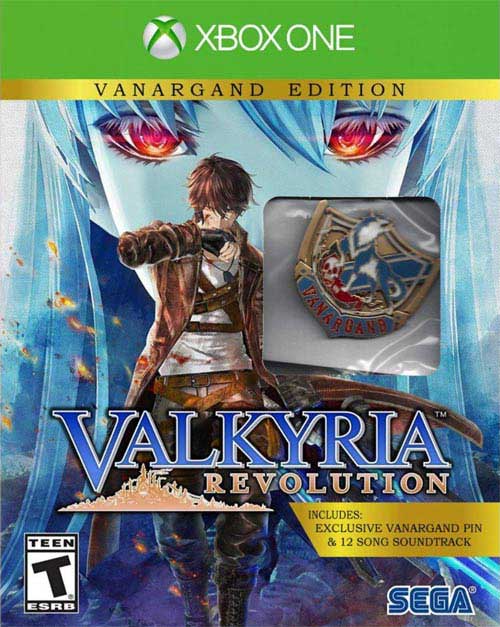 The Valkyria, the embodiment of death, is returning to the battlefield in Valkyria Revolution, and players will have to do-and sacrifice-whatever is necessary to liberate their homeland. With an engaging story full of political intrigue, a battle system that mixes real-time combat and tactical strategy, a gorgeous visual style, and more, the game will immerse players into the frontlines of a desperate war.

In the wake of a revolution, Jutland's elite soldiers, the Vanargand, must band together to defeat the Ruzi Empire and stop death itself-the Valkyria. This grizzled anti-Valkyria squad is equipped with advanced mana weaponry and has the powerful ability to wield ragnite spells to combat this terrifying threat. The unit is comprised of soldiers who have a high affinity for ragnite, and even Jutland's own Princess Ophelia has joined the ranks.

The princess carries the utmost love for her country and has answered the call of duty to liberate those who are suffering from the Ruzi's tyranny. However, Amleth Gronkjaer, the commanding officer of Vanargand, hides a terrible secret. Is he friend or foe to the country he has sworn to protect?

Valkyria Revolution for Xbox One: