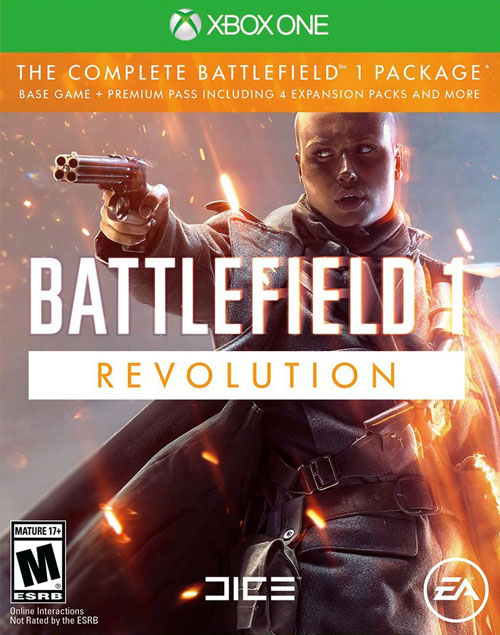 Battlefield 1 Premium Pass* Four themed digital expansion packs with new multiplayer maps, new weapons and more. Two-week early access to any unreleased expansion. Battlefield 1 They Shall Not Pass: The hardened veterans of the French army make a stand in a brutal defense of their homeland. Battlefield 1 In the Name of the Tsar: Enter the largest front of World War I with the Russian army in blistering winter. Battlefield 1 Turning Tides: Participate in the amphibious warfare of World War I. Battlefield 1 Apocalypse: Go over the top in hellish infamous battles during the most cataclysmic time of the war.

Includes every expansion for Battlefield 1!